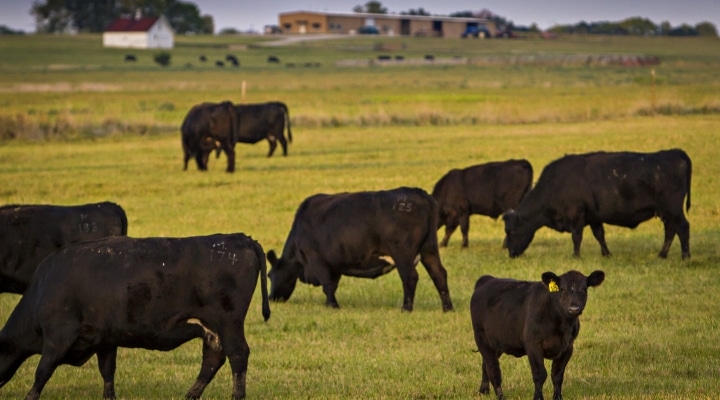 As livestock producers, we strive to care for our animals and raise a wholesome product for our family, friends and neighbors. In return, we want a fair price for our livestock, which is increasingly difficult these days. (photo by Mizzou CAFNR, creative commons/flickr.com)

APPLETON CITY, Mo. — As livestock producers, we strive to care for our animals and raise a wholesome product for our family, friends and neighbors. In return, we want a fair price for our livestock, which is increasingly difficult these days.

Last spring, the COVID-19 virus crippled the meat and poultry supply chain. The fallout from disruptions in processing and transportation fell squarely on the shoulders of livestock producers. A few dominant meatpackers certainly seemed to put the squeeze on farmers and ranchers while making record profits. Notably, four major packers control more than 80 percent of today’s U.S. beef packing industry.

An August 2019 fire at a processing facility in Holcomb, Kansas, and disruptions during the pandemic reignited long-standing concerns about transparency in cattle markets. In recent months, the dramatic spread between the price producers are receiving for fed cattle and the price packers are charging for wholesale boxed beef going into the supply chain has further fanned the flames of frustration among farmers, ranchers and feeders. The end result squeezes the pocketbook of both consumers and producers.

To address concerns of competitive imbalance, U.S. Representatives Vicky Hartzler (R-Mo.) and Emanuel Cleaver (D-Mo.) recently introduced the Optimizing the Cattle Market Act. Currently, the price for the vast majority of cattle sold is based on less than 20 percent of the cattle that are actually traded on the negotiated spot cash market. This results in limited price information to establish the base price for formula contracts and forces producers to be price takers instead of price makers. The Hartzler and Cleaver bill would establish regional mandatory minimum thresholds of negotiated cash trades in cattle marketing while allowing for flexibility across regions.

The bill would also require USDA to create a Beef Contracts Library to catalog marketing contracts between packers and their feeders while protecting producer confidentiality. Much of the lack of fluidity in the fed cattle market is due to opaque terms imposed by packers. More price transparency will help level the playing field for family farmers and ranchers.

Finally, the bill would require packers to report each day the number of cattle scheduled to be delivered for slaughter over the following 14 days. Cattle producers could use this information to project packers’ needs and better plan their marketing decisions.

The Optimizing the Cattle Market Act, along with The Cattle Market Transparency Act introduced in the U.S. Senate by Senators Fischer (R-Neb.) and Wyden (D-Ore.), aim to improve transparency in the cattle market. Farm Bureau supports this commonsense approach and is urging congressional lawmakers to get on board as cosponsors.

The time for action is now. Next time you’re grilling your favorite piece of meat, remember to take a minute to call or email your members of Congress and ask them to back these bills. We need lawmakers to turn up the heat.

Stocker cattle could add value to your operation