Home / Pennsylvania / Editorial: Time for Pa. to live up to promises made 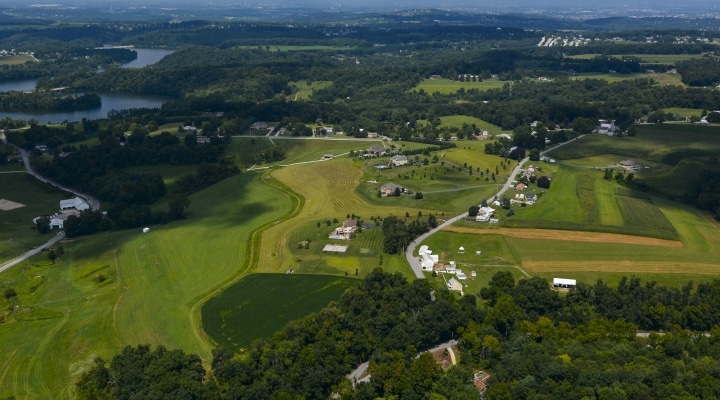 Pennsylvania continues to be off-track in meeting its clean water goals because investments of financial and technical support by elected leaders have been woefully inadequate. (CBF photo)

HARRISBURG, Pa. — Pennsylvania and the five other Chesapeake Bay states and the District of Columbia agreed 10 years ago to take actions to clean and protect local waters and ultimately save the Bay.

They developed plans and milestones, that by 2025, would achieve science-based, enforceable limits on the amount of pollution entering the Bay. Those plans, limits, and milestones became the Chesapeake Clean Water Blueprint. For its part, the Environmental Protection Agency (EPA) would hold the jurisdictions accountable and impose consequences for failure.

The leaders of those entities held their annual meeting recently as the Chesapeake Executive Council to discuss progress on the Blueprint. Sadly, there wasn’t much to be found when they considered how our Keystone State has been doing.

Since more than half of the freshwater that pours into the Bay comes from the Susquehanna River, saving the Bay is only possible if we first save the local rivers and streams that feed into it. As such, a saved Bay is a saved PA.

Unfortunately, our Commonwealth has missed previous clean water milestones for pollution reduction, and its current Phase 3 Watershed Implementation Plan would achieve only 73 percent of the nitrogen reduction needed to meet its Blueprint goals. Adding insult to injury, those sub-par reductions can be achieved only if the plan is fully implemented; but shockingly, the plan is underfunded by $324 million annually.

It does not help that the EPA has not been holding Pennsylvania accountable for missing its marks, leading to a lack of political will to take the steps necessary to support implementation of the Commonwealth’s plan.

Meanwhile, despite the Commonwealth administrative agencies’ strong intent and desire to meet the Blueprint, the Pennsylvania Department of Environmental Protection’s (DEP) latest biennial report identified 25,468 miles of our waters as being harmed by pollution. That is 5,500 more miles than in its 2016 report, a trend in the wrong direction.

Urban and suburban polluted runoff of fertilizers and other waste is the fastest growing source of pollution. Many of our local stormwater systems are unable to contain the volume of rainfall received, and so overflows and flooding occur, carrying pollution with it into our local waters. Improvements to these systems are often costly and met with political and rate-payer opposition.

In addition to urban and suburban sources of pollution, agriculture accounts for about 93 percent of the total remaining nitrogen reductions needed to meet the Commonwealth’s Blueprint goals.

In order to meet the goals, the Blueprint includes a goal of planting 31,000 acres of riparian buffers and 6,900 acres of fencing to keep cattle out of streams in 2021 alone with 2025 goals of 73,000 acres and 20,900 acres, respectively. Considering that Pennsylvania implemented 9,700 acres of buffers and nine (9) acres of fencing in 2019, and that there are approximately 33,000 farms in Pennsylvania’s portion of the Bay watershed, it is a big lift.

The good news is that the cost per pound to reduce pollution from agriculture is much less than for any other source and conservation measures that reduce water pollution can benefit the farmer’s bottom line. As stewards of Pennsylvania’s important agricultural heritage, farmers know that keeping soil and nutrients on the land is good for clean water and helps them achieve their agricultural goals. They see the benefits of conservation practices on their farms but cannot afford to implement them by themselves.

Simply stated, the Commonwealth has been significantly behind in reducing pollution because financial and technical support has been woefully inadequate. It is long past time for state and federal legislators to make the necessary investments so that the boots on the ground can get the job done in Pennsylvania.

Legislators will be challenged this fall when trying to make up for what may be a $4 to $5 billion state budget deficit while providing forward-thinking strategies for our state’s economic and environmental well-being. We urge legislators to avoid the temptation to fill budget holes in the general fund with funds dedicated to farm conservation and environmental restoration projects.

We also urge leaders to support legislation that would create a program to provide needed financial and technical assistance to farms across our Commonwealth through Pennsylvania’s conservation districts. This local control would allow funds to be used where they have the most impact. These investments will also benefit local economies and create jobs.

After nearly 35 years of working in the Commonwealth, the Chesapeake Bay Foundation (CBF) remains committed to working with legislators and citizens in all 43 counties in Pennsylvania’s portion of the Bay watershed, so that we might leave a legacy of clean water for future generations.

&CBF doesn’t just talk the talk but we walk the walk. CBF is investing in clean water improvements here in Pennsylvania. Two examples are the Keystone 10 Million Trees Partnership and the Keystone Tree Fund. Trees are among the most cost-effective tools for reducing polluted runoff. That is why the Keystone 10 Million Trees Partnership has set out to plant that many trees by 2025 and why CBF joined the effort to pass legislation giving drivers in Pennsylvania the opportunity to make a voluntary $3 donation on license and vehicle registration renewals online to support the state Department of Conservation and Natural Resources TreeVitalize and Riparian Forest Buffer Grant programs.

CBF’s investment of $2.6 million over the next two years to buy trees for planting by the over 130 Keystone 10 Million Trees Partnership groups also helps local growers and related businesses expand their operations and workforces. A win-win.

Investing in clean water pays dividends in many ways. A peer-reviewed economic analysis found that fully implementing Pennsylvania’s Clean Water Blueprint will result in an increase in the value of natural benefits, such as reduced flooding and more productive farms, by $6.2 billion annually.

At CBF, we are dedicated to caring for our local Pennsylvania rivers and streams that ultimately affect the Bay. It is time for our elected leaders to make good on promises made a decade ago and do the same. 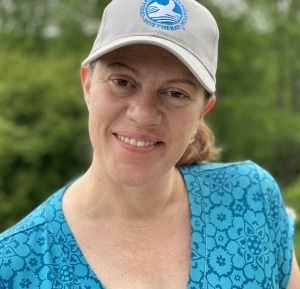 Resources for rising PA food insecure due to COVID 19