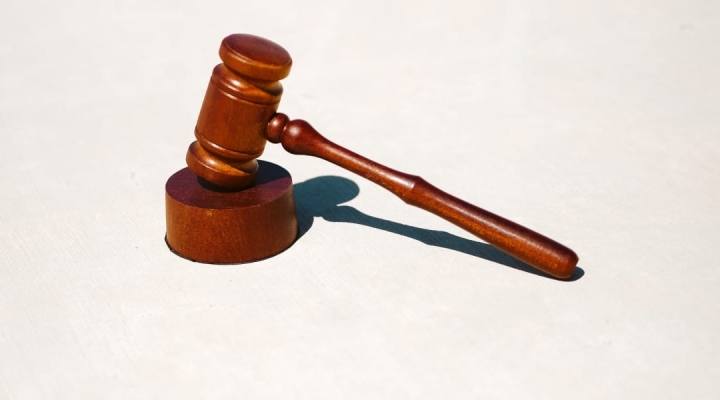 Brian McLaughlin is an attorney in Midland. He serves on the Texas & Southwestern Cattle Raisers Association board of directors. Currently, he chairs the association’s property rights and tax committee and legal advisory committee. (Stock photo via Tingey Injury Law Firm on Unsplash)

FORT WORTH, Texas — As we celebrate America’s independence, it is a fitting time to recognize one of the institutions vital to preserving our rights and freedoms — the judiciary.

Each year, state and federal courts across the nation hear thousands of cases, not to consider an individual’s guilt or innocence, but to interpret and apply the laws themselves. These court cases examine the laws passed by the legislative branch and regulations enacted by the executive branch. Ultimately, the courts will decide whether they are constitutional, how they apply to specific cases and resolve questions such as jurisdiction.

Texas & Southwestern Cattle Raisers Association actively participates in this judicial process when cases reach appeal and have consequences beyond the parties involved. Recently, several cases have warranted our involvement, through amicus curiae briefs, because of their potential to impact cattle producers in Texas and across the country.

In a May 20 ruling on Pape Partners v. DRR Family Properties, the Texas Supreme Court reaffirmed a long-standing precedent on how Texans’ water rights are protected. A lower court ruled that the Texas Commission on Environmental Quality had exclusive jurisdiction to decide disputes over water rights. The Texas Supreme Court overturned the decision, maintaining the courts are the proper venue, not a state agency.

This victory ensures consistency and clarity for Texas cattle producers who rely on water ownership as an integral part of their ranching operations.

The Texas Supreme Court delivered another major ruling on Hlavinka v. HSC Pipeline a week later. Avid readers will likely remember this case from past articles and recall Hlavinka was initially blocked from testifying on the value of his own property.

Fortunately, the Supreme Court found he should have been able to testify to the value of his property and privately negotiated pipeline easement transactions are admissible as evidence of market value in condemnation proceedings.

The ruling was a tremendous victory for landowners. Pipeline companies often utilize the threat of condemnation to drive down land acquisition costs, but now, they will no longer be able to ignore comparable, privately negotiated sales.

Another landmark case on eminent domain, Miles v. Texas Central, was also decided recently. Unfortunately, the court determined that the proposed high-speed rail project from Houston to Dallas can use condemnation authority to acquire the land they want.

Finally, at the federal level, we expect a decision next year on the case of Sackett v. EPA. This U.S. Supreme Court ruling will clarify the Environmental Protection Agency’s authority under the Clean Water Act and have broad implications for federal efforts to define what water features they can regulate.

It is certain more cases will arise affecting your ability to raise cattle and preserve your land for the next generation. Texas & Southwestern Cattle Raisers Association will continue to fight for you in the courts, but regardless of individual wins and losses, I am proud to live in a nation with an independent judiciary, where cases are decided based on fact and law rather than politics.

Brian McLaughlin is an attorney in Midland. He serves on the Texas & Southwestern Cattle Raisers Association board of directors. Currently, he chairs the association’s property rights and tax committee and legal advisory committee.