Home / Oklahoma / Editorial: Protecting cattle from pest and disease
A new user experience is coming! We'll be asking you to login to your Morning Ag Clips account March 1st to access these new features.
We can't wait to share them with you! Read more here. 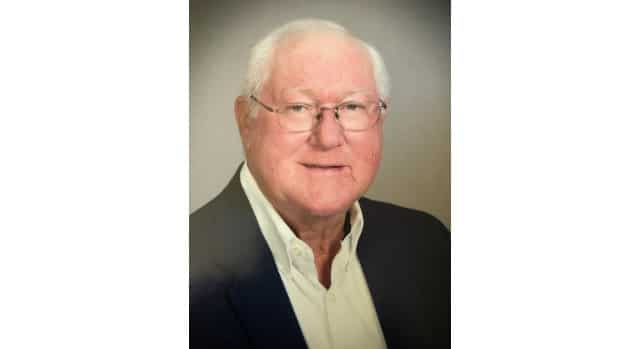 FORT WORTH, Texas — Protecting our herds from pests and disease is a constant chore. Cattle producers are on the front lines, working with researchers and animal health officials to identify new threats and mitigate risks to the cattle industry.

There is another front in the battle against pests and diseases where the Texas & Southwestern Cattle Raisers Association works diligently to protect the long-term success and viability of cattle producers — the legislature. Association staff and leaders work tirelessly to ensure efforts of animal health agencies complement those of cattle producers, and that adequate funding and statutory tools are available to meet these needs.

During the recently concluded 87th Texas Legislature, the Texas & Southwestern Cattle Raisers Association advocated for such a priority after identifying a new issue related to Texas’ export-import facilities along the international border.

Livestock from across the U.S. move through Texas en route to Mexico every day. To facilitate this international trade, Texas has nine export-import facilities along its international border. The Texas Department of Agriculture operates four, and five are privately owned. U.S. origin animals are staged at these facilities for inspections and permitting by Mexican officials before being allowed into Mexico.

The state requires strict inspection and testing of animals coming into Texas. However, animals are not required to meet the same entry requirements if accompanied by a veterinary form and traveling directly to an export-import facility. If rejected for export by Mexican officials due to inadequate records, disease or pest concerns, there is a possibility an animal, or animals, could be moved somewhere in Texas without proper testing and treatment.

That prospect creates a considerable vulnerability because the rejected animal could spread pests and disease to Texas livestock with devastating consequences. This exact scenario played out in 2019 when a U.S. slaughter horse was rejected at a port of entry to Mexico due to the discovery of an Asian Longhorned Tick.

The Asian Longhorned Tick was first found in the U.S. in 2017 and is a vector of several human and animal diseases. The tick has been found on people, pets, wildlife and livestock. They can lay eggs and reproduce without mating, making it one of the most prolific and concerning vectors emerging in the U.S. today.

Due to the presence of one tick, Mexico placed a temporary ban on the importation of U.S. origin livestock and continues to impose additional external parasite treatment on imported animals. Worse, the infested horse was released on a property in Waco without notification to officials at the Texas Animal Health Commission or implementation of proper disease mitigation protocols. Texas officials only learned of the issue because of Mexico’s temporary importation ban.

The rejected horse could have been the source of a dangerous outbreak in Texas. Even the one-week delay in this instance required more field staff to inspect the premises and animals to ensure the disease risk and exposure were mitigated, expending valuable taxpayer resources.

To prevent such threats in the future, the Texas & Southwestern Cattle Raisers Association worked with Rep. Mary E. González (D-Clint) to file H.B. 1958 requiring that Texas Animal Health Commission officials be notified when animals are rejected for export at these facilities and allow them to take whatever action necessary to mitigate the potential spread of pests or diseases to Texas livestock.

Rep. González unanimously passed the legislation out of the Texas House of Representatives, and Sen. Drew Springer (R-Muenster) shepherded the bill through Senate, where it also passed unanimously. Unless vetoed by Gov. Greg Abbott, H.B. 1958 will go into effect Sept. 1, 2021, ensuring Texas livestock are not endangered by high-risk, out-of-state livestock refused entry into other countries.

Getting a bill passed in the Texas legislature is not an easy feat. I hope you will join me in thanking Rep. González and Sen. Springer for their hard work on this critical issue. Thanks to their dedication, Texas cattle producers can rest a little easier knowing their herds and livelihoods will be protected from pests and diseases.