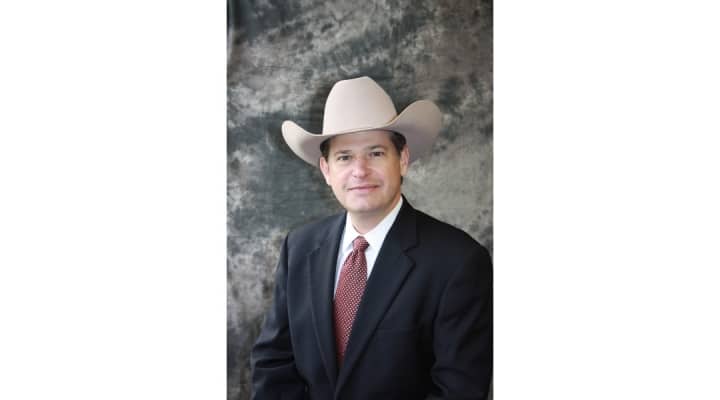 AUSTIN — There have been a lot of valuable lessons and reminders from the COVID-19 pandemic. Chief among these is the simple fact that urban and suburban America cannot survive without rural America.

Our nation is fortunate to have an extremely safe and efficient food supply, but if the delicate balance of the supply chain is upset, the results could be catastrophic. COVID-19 has given all of us a small taste of what that might mean. A surge in demand and logistical challenges led to long lines and empty store shelves in the early days of the crisis. For the first time, many Americans felt a little anxious about how they would feed their families.

About 80% of America’s population lives in urban and suburban areas, but their survival depends on the farmers and ranchers who dot the rural landscape. If there is a silver lining to this pandemic, I hope it will be a renewed focus on protecting rural America and those of us who toil to feed our nation.

Despite the tremendous importance of rural America, we find ourselves under constant attack. Those attacks often originate from the people who rely on us the most but disregard the impact their infrastructure projects have on rural residents.

In rural Texas, land is plentiful and people are few. That makes us an easy target. We often find ourselves subsidizing urban convenience with our property, taken through eminent domain — the process by which land is condemned for public use. The state takes land to expand highways. Cities take land to build reservoirs. Oil and gas companies take land to pipe their products to market. Electric companies take land to send electricity across the state.

Now, another private, for-profit company wants to get in on the action. Texas Central Rail, also known as TCR, is developing plans for a high-speed rail line that will slice through rural Texas between Houston and Dallas.

A noble idea, but as usual, all the “public benefit” will go to the major metropolitan areas, and the rural areas will bear all the harm. Families displaced, properties cut in two, ear-splitting trains blowing past homes, schools and businesses at 200 miles per hour, and rural residents will not even have access to the train service unless they first drive to Dallas or Houston.

If the project itself wasn’t disruptive enough, TCR has repeatedly claimed the authority to condemn private land for its European-style experiment in transportation.

Here at Texas and Southwestern Cattle Raisers Association, we will always embrace progress; but not when it comes at the expense of our members, when it violates our private property rights, or when it threatens our ability to provide the food our nation needs.

TCR’s blind ambition to take the land they want has led to questions about their legal standing to do so, and numerous property owners along the route have challenged them in court.

One such case is working its way through the courts now. The premise of the challenge is that TCR is not an actual railroad under Texas statute, and thus cannot use eminent domain. The 87th District Court of Leon County ruled in favor of the property owners, but on appeal, the Texas 13th Court of Appeals overturned the ruling and declared TCR was an operating railroad.

Fortunately, the property owners in the case intend to appeal the verdict to the Texas Supreme Court, but the ultimate decision will be incredibly impactful to every rural property owner in Texas.

If the Texas Supreme Court refuses to hear the case or finds in favor of Texas Central Rail, it will seal the fate of thousands of property owners along the proposed route. They will no longer get to decide how their land will be used, if they want to sell their land, or how much compensation they receive for the forced sale. Worse, it will set a lasting precedent that allows anyone who calls themselves a railroad to condemn private land without recourse.

Alternatively, if the Texas Supreme Court finds in favor of the property owners, thousands of their fellow landowners along the route will breathe a sigh of relief. After years of uncertainty, they will finally regain control over the destiny of their homes, farms and ranches. It will also send a strong signal that companies should stop trying to profit at the expense of rural property owners.

I encourage you to follow this case, Texas Central Railroad & Infrastructure, Inc. and Integrated Texas Logistics, Inc. v. James Fredrick Miles, as it makes its way through the Texas Supreme Court. The justices will ultimately make the decision, but it is another example of why judicial elections are so important to rural Texas.

In the meantime, the leaders and staff at Texas and Southwestern Cattle Raisers Association will do everything in our power to protect your rights as ranchers and rural landowners.

Shuttling people back and forth between Houston and Dallas may indeed be a public use, but raising the food we rely on is a public necessity. It’s time to take a stand and put an end to profiteering at the expense of rural private property rights.

How to stretch your food dollars

Editorial: The lasting effects of Winter Storm Uri
May 4, 2021