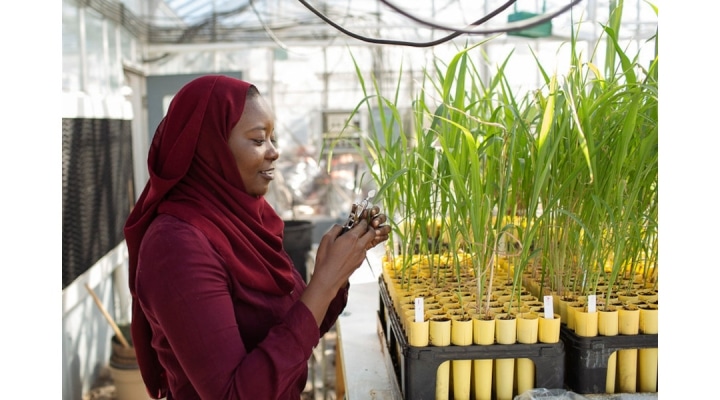 An economic analysis of USAID projects from 1978 to 2018 indicates that every dollar invested in international agricultural research provides a return of $8.52 in economic impact. (Photo: K-State Research and Extension, Flickr/Creative Commons)

MANHATTAN, Kan. – An economic analysis on the impact of international agriculture research and development conducted at U.S. universities over 40 years indicates that every dollar invested provides a return of $8.52 in economic impact.

Kansas State University agricultural economist Timothy Dalton is reporting results from a study of projects completed between 1978 and 2018 and funded by the United States Agency for International Development through its Collaborative Research Support Program, and Feed the Future Innovation Labs.

The research looked at USAID projects representing an investment of $1.24 billion to support agricultural development and improve food security around the world. Those projects returned $10 billion in economic impact, according to Dalton.

Much of the work is done by agricultural scientists at U.S. land grant universities.

“These university-funded programs positively impact the most vulnerable populations in low- and middle-income countries,” Dalton reported. “Those living in poverty on less than $5.50 per day receive 78% of the research benefits, and nearly 30% of those receiving benefits live in extreme poverty on less than a daily net income of $1.90.”

Dalton and Keith Fuglie – an economist with the USDA’s Economic Research Service – have co-authored a paper documenting the high return to investment in agricultural research and development. Their report is now available online from the Cambridge University Press.

The authors found what they termed “high return investments” in such areas as integrated pest management technologies; new varieties of cereals and legumes; and in alleviating post-harvest losses through improved storage practices.

“We currently face insect pests in U.S. sorghum production that occurred in southern Africa in the 1980s, (and) in Latin America and the Caribbean during the early 2000s,” he said. “When these pests appeared in the U.S., we were able to hit them head-on with the knowledge we generated for farmers in those other countries.”

He added that agricultural research targets two segments of populations in low-income countries: farmers who are just getting by, and consumers in urban areas who allocate 70-80% of their budget toward food.

More information about this USAID funded research and its findings is available online from K-State’s Feed the Future Innovation Lab for Collaborative Research on Sorghum and Millet.