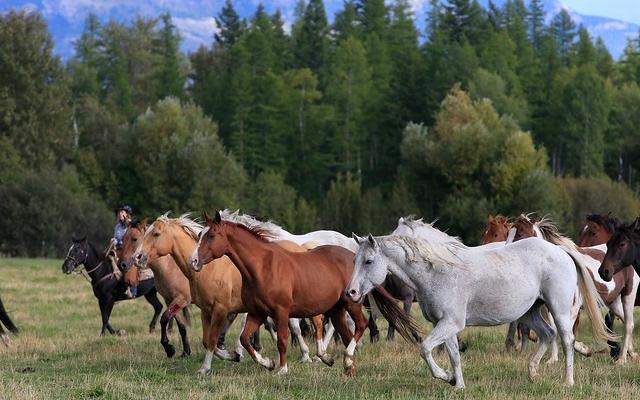 The Pennsylvania Departments of Agriculture and Health today warned Pennsylvanians to take precautionary measures against mosquito bites for themselves and their animals – specifically horses – as the rare mosquito-transmitted viral infection Eastern Equine Encephalitis (EEE) has been confirmed in Erie, Carbon, and Monroe counties. (photo by pam & tom holmes, creative commons/flickr.com)

HARRISBURG, Pa. — The Pennsylvania Departments of Agriculture and Health today warned Pennsylvanians to take precautionary measures against mosquito bites for themselves and their animals – specifically horses – as the rare mosquito-transmitted viral infection Eastern Equine Encephalitis (EEE) has been confirmed in Erie, Carbon, and Monroe counties.

EEE is a virus carried by birds. If a mosquito bites an infected bird it can then transmit the potentially fatal virus to humans, horses, and other birds. Because of the high mortality rate in horses and humans, EEE is regarded as one of the most serious mosquito-borne diseases in the United States. Through mid-September, there have been 18 cases reported to the CDC from across the country in 2019, with the majority of the cases in northeastern or Mid-Atlantic states. Several cases have been fatal.

When outdoors, people can avoid mosquito bites by properly and consistently using DEET-containing insect repellents and covering exposed skin with lightweight clothing. To keep mosquitoes from entering a home, make sure window and door screens are in place and are in good condition.

Homeowners should take steps to eliminate standing water around their property to reduce mosquito populations. Here are some simple steps you can take:

The symptoms of EEE are:

These symptoms typically show up three to ten days after being bitten by an infected mosquito. Inflammation and swelling of the brain, called encephalitis, can develop. The disease gets worse quickly, and some patients could end up in a coma within a week. This disease can also be fatal, as three out of every ten people who get the disease die from it.

In addition to taking precautions to eliminate standing water on their properties, horse owners are encouraged to proactively vaccinate against both EEE and West Nile Virus, keep animals indoors at night, and spray for mosquitoes. Vaccines for Eastern, Western, Venezuelan, and Eastern Equine Encephalitis are available from veterinarians.

The onset of symptoms in horses starts with a fever that may reach as high as 106 º F for one to two days. Additional symptoms can include:

Pennsylvania’s recently confirmed cases include a wild turkey, pheasants, and horses. Pennsylvanians are encouraged to take every precaution to protect against this rare, neurological disease and immediately contact their physician or veterinarian if symptoms present.