Home » Earning a living in a changing climate
climate issues 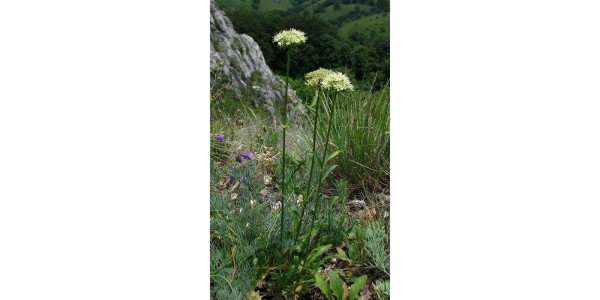 DUBLIN, Ireland — There are many ways to make a living in a suitable climate but far fewer in a less suitable one. That may seem obvious for people living under various socio-economic stresses, but new research shows it also applies to the world’s plants — many of which are resorting to dramatic ‘last-stand’ strategies to survive in deteriorating environmental conditions.

Ecologists used a big data approach to test the links between climate suitability and persistence strategies for nearly 100 populations of over 30 species of trees and herbs growing on 3 continents and 16 countries across the globe. Some of these data were gathered over the duration of a decade, allowing the ecologists to pinpoint and trust emergent patterns linked to climate change with greater confidence.

What they found is that while many species are able to persist in less favorable climate conditions, those same species often do so by adopting last-stand strategies such as shrinking in size and temporarily suspending reproductive and growth effort. This merely helps them to survive instead of thrive in these less favorable environments.

The big-picture message here is that these species — which include a soapwort and a poppy found in the mountains of Europe, grey alder found in North America and the African mahogany — are more vulnerable to further changes and to disturbances such as wildfires or pest outbreaks. Many such disturbances are more likely now than in years gone by due to changing climates.

Research Fellow in Zoology at Trinity College Dublin, Dr. Anna Mária Cserg?, carried out the research that has just been published in leading journal Ecology Letters.

“Plants provide us with food, pastures for livestock, and places for recreation and well-being,” she said. “They also directly and indirectly provide numerous invaluable ecosystem services such as water regulation, carbon sequestration and flood prevention. As a result, it is imperative that we understand how plant populations are responding to climate constraints now, and use that information to predict how they are likely to respond to climatic changes in the future.”

Professor of Zoology at Trinity, Yvonne Buckley, led the research project. “Not all plants have the life strategies to persist for extended periods of time in less favorable climates but our research is already helping to pinpoint those that do. One of the next steps is to design management strategies to help support these species and to safeguard the ecosystem services that they provide us,” she said.

The ecologists’ findings underline the importance of assessing the persistence strategies of plants in any given habitat. Noting its mere presence does not paint a very useful picture — a species may be found in a particular area but that doesn’t mean it is making much of a living there; it may, just, be making ends meet for the time being.