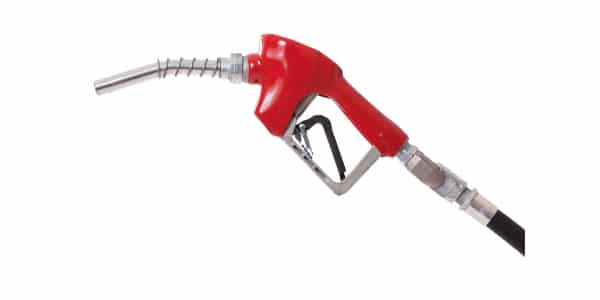 “Any state that has an ethanol presence should grab on to this study because the ethanol industry has such a big economic impact on states like South Dakota,” Glacial Lakers Energy CEO Jim Seurer said. “This is a homegrown product that we can convert to a higher value product and reap the benefits.” (Courtesy Renew Kansas)

HURON, S.D. – If 10 percent of Nebraskans fueled up their non-flex fuel vehicles with 30 percent ethanol, CO2 emissions would decrease by 64,000 tons per year. This is according to results of a year-long University of Nebraska Study, Redefining Renewable Fuels, released February 2021.

If these same Nebraskans fueled up with E30, the study said it would increase ethanol consumption by 18.5 million gallons per year.

A result that could have a dramatic and positive impact on corn farmers and their communities, said Doug Sombke, South Dakota Farmers Union President. “This could triple the grind easy,” Sombke said. “I get a kick out of everyone always talking about exporting corn and ethanol. We have the largest market for the products right here in the U.S. We drive more vehicles than anyone.”

Focusing on the higher ethanol blend, E30, the study conducted by the University’s Department of Chemical and Biomolecular Engineering reviewed performance of 24 non-flex vehicles manufactured between 2013 and 2015. When fueled with E30, the study indicated these vehicles showed “no observable negative effects in their overall performance.”

“Non-flex fuel vehicles are able to adapt to the higher oxygen content of E30 and there was no effect on vehicle performance,” Seurer said. “In fact, in most cases, our tests indicated that vehicles actually performed better with the Premium E30 than they did with E10. Engine performance actually improved.”

Since the E30 Challenge began in 2016, drivers in Watertown and Aberdeen have purchased more than 7 million gallons of E30 and driven more than 150 million miles with no issues.

The reduction in CO2 emissions was the one factor that surprised Seurer when he read the results of the University of Nebraska study. “This is a huge step. It really validates the role ethanol can play.”

Sombke agrees. “The results of this study take the benefits of fueling up with higher ethanol blends to another level. CO2 was not something we had concentrated on.”

Sombke explains that in addition to vehicle performance, previous studies have been done that show the octane qualities of E30 allow it to replace carcinogenic fuel additives making tailpipe emissions safer.

With the recent scientific data pointing to significant reductions in CO2, Sombke and Seurer hope the results of this study motivate drivers across the Midwest to fuel up with E30. A step some South Dakota municipalities have already taken.

Results of the E30 Challenge motivated all Watertown city vehicles to fuel up with E30. And in 2017, Brown County Commission voted for the county fleet to only use E30. The State of South Dakota nearly did the same but opted to fuel only the state’s flex-fuel vehicles with E30.

Decisions made by government officials can make a big impact. In Nebraska, the University study indicated if all state-owned vehicles fueled up with E30, ethanol consumption would increase by 66,000 gallons and CO2 emissions would decrease by 529 tons per year.

Reviewing this data Seurer says, “Just think of the impact if 100 percent of Nebraska drivers fueled up with E30.”

Ethanol consumption would increase to 185 million gallons and drivers could reduce CO2 emissions by 640,000 tons.

“Any state that has an ethanol presence should grab on to this study because the ethanol industry has such a big economic impact on states like South Dakota,” Seurer said. “This is a homegrown product that we can convert to a higher value product and reap the benefits.”

To learn more, and review the complete study read this news release at www.sdfu.org.

What to know about the Iowa Corn Cy-Hawk Series
September 9, 2022