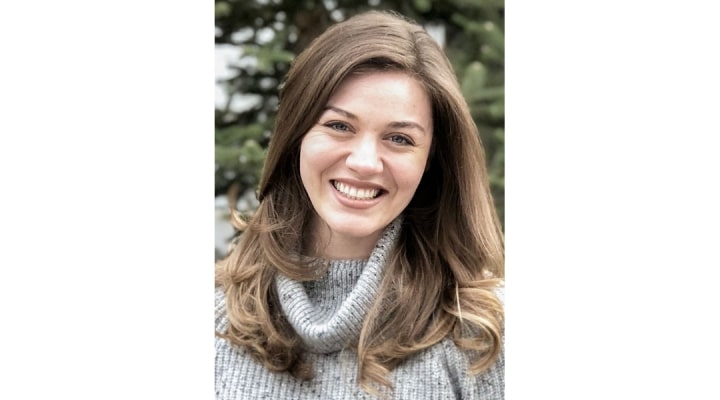 ITHACA, N.Y. — Food banks in New York state and nationwide – which help to keep struggling families from going hungry – have faced increased pressure since the spring, when COVID-19 erupted in the United States.

While poor economic indicators for the state’s food pantries show no sign of easing, food insecurity can be blamed on unemployment economics rather than on coronavirus hot spots, doctoral candidate Anne Byrne said in testimony Sept. 9 before the New York State Legislature.

In research conducted by Byrne and David Just, the Susan Eckert Lynch Professor in Science and Business at the Dyson School of Applied Economics and Management, they found that demand for food bank services followed in areas where unemployment rose, not necessarily in the places where COVID-19 cases were high, she told the New York State Assembly hearing on food security.

“This increase in pantry demand does not perfectly mirror the locations where cases have been bad,” said Byrne, a doctoral candidate in applied economics and management, who is studying food and agricultural economics at Dyson. “New York City experienced traumatic levels of COVID-19 cases, but that doesn’t necessarily mean that New York City is the place where the food banks experienced greater demand.”

The need for food bank services is fundamentally a reflection of economic conditions, she said.

“While demand spikes have coincided with the pandemic, the pandemic is not the underlying cause,” Byrne said. “To that end, while we may see an end to the pandemic with the introduction of a vaccine, we should not expect to see a decrease in food bank demand until economic conditions recover.”

Across the U.S., distribution by large food banks was 80% greater in spring 2020 than in spring 2019, according to Byrne. The demand spike was alleviated by The Emergency Food Assistance Program, a U.S. Department of Agriculture program that distributes food to charitable food assistance organizations.

From the beginning of March through the end of June, food banks nationwide distributed more than 1.9 billion meals to people facing hunger in the United States, according to Feeding America, the nation’s largest domestic hunger-relief organization.

“That’s the number one way to alleviate pressure on food banks,” Byrne said. “[The Assembly must] advocate … for increases in SNAP benefits.”

Byrne further suggested that when appropriating resources to different regions of the state, consider community-based unemployment levels as key components of food insecurity, rather than metrics surrounding COVID-19 caseloads.

“The data suggests that areas of the state with the highest unemployment rates continue to be the strongest predictor of high rates of food insecurity,” she said.

In late spring, Just and Byrne earned a Rapid Response Fund grant from the Cornell Atkinson Center for Sustainability to conduct economic research on food assistance during a pandemic.