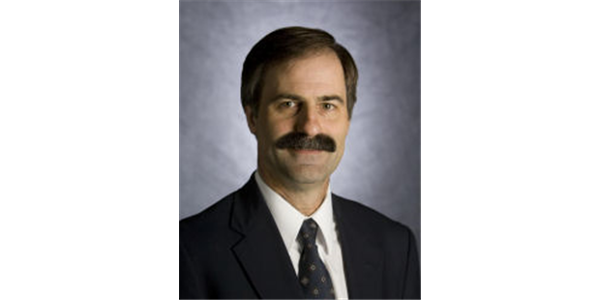 “If you’re going to regulate air quality, first you have to measure it. And before you measure it, you have to characterize how to measure it and what’s in it,” says Richard Gates, professor in the Department of Agricultural and Biological Engineering in the College of Agricultural, Consumer and Environmental Sciences at University of Illinois and member of the research project team. (abe.illinois.edu)

URBANA, Ill. — A beam of sunlight streams into your living room, illuminating a Milky Way of dust particles hanging in the air. Although the air looks thick, those visible dust particles are so big that they can’t reach the smallest branches of the respiratory tree in your lungs. It’s the dust we can’t see—smaller than 2.5 microns, called PM 2.5—that can cause allergies and other respiratory problems.

Inside livestock facilities, the dust particles are much more abundant than in a living room, and can cause pulmonary problems for anyone who breathes the air, including the animals. A recent research project on air quality characterizes the dust particles found in different livestock facilities. For the study, the air was sampled for three consecutive days in each of three types of animal production facilities—poultry, dairy, and swine.

“If you’re going to regulate air quality, first you have to measure it. And before you measure it, you have to characterize how to measure it and what’s in it,” says Richard Gates, professor in the Department of Agricultural and Biological Engineering in the College of Agricultural, Consumer and Environmental Sciences at University of Illinois and member of the research project team.

Gates says not all livestock facility dust is alike. “In order to manage or regulate the dust, we first have to understand its characteristics. Until we have that, we can’t make models that describe the emission from a building, how much of it drops out within 100 yards of a building, and how much of it travels much further from the facility.”

According to Gates, laying hen facilities are recognized as a very dusty environment; a dairy facility is a very open, airy environment with lots of fresh air; and a swine-finishing building, although not considered to be terribly dusty, is actually the worst overall in dust level, especially at the most dangerous particulate matter (PM) level.

“Of the three types of livestock buildings, swine facilities tip the scales in terms of having the highest amount of the dangerously small, PM 2.5 size particulate matter—significantly higher,” Gates says.

Anecdotally, Gates says a high percentage of people who work in livestock facilities, over time, develop respiratory issues. “They should be wearing protective masks at all times. On bigger farms it’s a requirement,” he says. “In the early days of raising livestock, masks weren’t available, and in developing countries, availability is still an issue. And pigs are affected, too. One of the major challenges in swine production is keeping them healthy without the use of antibiotics, and respiratory stress is one of the health issues.”

The lead researcher on the project, Ehab Mostafa, collected the data at livestock facilities in Germany, which are believed to be comparable in terms of dust to facilities in the United States, and conducted the first analysis. Mostafa also developed a sedimentation cylinder to measure the particulate matter. Air is blown into the top of the cylinder. Then a particle counter inside measures the density and weight-per-surface area of the particulates as they fall to the bottom.

“Interestingly, the particles are not all spherical,” Gates says. “Without scientific ways to characterize their shapes, then every model that we use to predict how many there are and how to measure them and their fate are wrong – because the models have been assuming spherical particles. We’ve known that they couldn’t all be perfectly round, but this study demonstrates you can use these derived values and improve predictions for more accurate models by accounting for differences in properties at different sizes and types of particulate matter.”

Gates says this research is a rigorous scientific approach to characterizing these particles. The information will be used as input for models to discover the fate of the dust as it leaves the building and its effect on the external environment.

“There are important outcomes from this research,” Gates says. “One is to characterize what’s going on in these three types of facilities. Then, with that information, we can compare it to what we already have for health standards for humans and animals. For example OSHA has an 8-hour exposure limit for PM 2.5.”