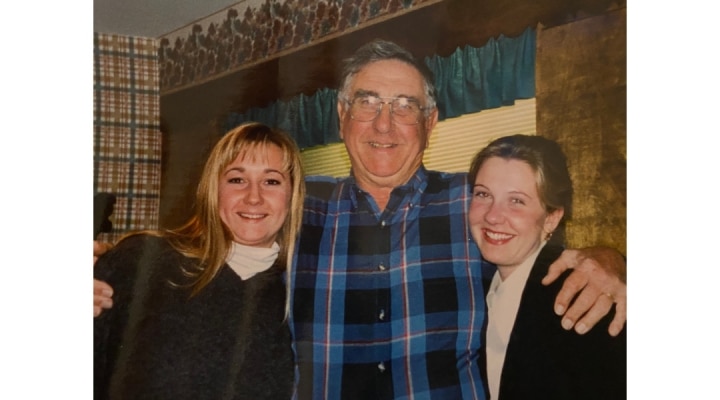 We called it dubbin’ growing up.

It meant anything from fixing the latch on a door, fishing behind the farm, hunting, or eating jelly donuts around Grammy and Grampa’s kitchen table.

Sometimes it would evolve to suckering on a spring night in the golf course brook, walking the old orchard in Webster with the dogs, or piling in the blue Peugeot, to go target practicing.

Always revolving around my grandfather, it was he and his five closest in proximity grandkids. Occasionally an uncle or father was thrown in there too, just as a token to help in the mission. Dubbin’.

As I recall, we never planned the day; we just followed it to see where it took us. Sometimes we got stuck in mud or rocked hard in swelling spring waters in a boat that was too small. Boy, did my father sweat bullets that day, just doing everything in his power to make sure that we made it back alive in time for cocktails. Oh, Grampa.

We didn’t have cell phones and TicTok taking up our time. Good TV programming for kids was obsolete after 9 a.m. on a weekend unless you were waiting for the Sunday night Disney movie.

Dubbin’ usually meant ending the day with dinner at my grandparent’s house. The corn chowder with Gram’s famous chocolate cake were regulars on the menu. And absolutely anything could transpire among the cousins while sitting at the round kitchen table.

Dubbin’ kind of sat at the core of things every weekend. Always waiting to see where the adventure would take us. But looking back, I think it was less about the adventure because we didn’t really care what we did, as long as we were doing it together.

I don’t think that we dub enough anymore.

Horse, dog and pony are best friends and look like siblings thanks to spotted coats