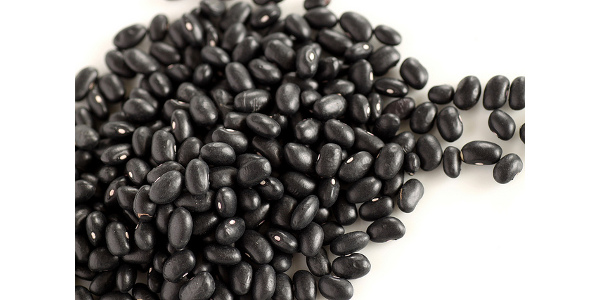 Navy and kidney bean varieties were grown together in the same field. The field received 200 pounds of 0-0-60 potash and 150 pounds of 21-0-0-24S ammonium sulfate per acre pre-plant. For weed control, Outlook and Permit were sprayed and incorporated before planting. Navy bean plots consisted of single, un-replicated strips 30 feet wide by 470 feet long. The two kidney bean varieties were planted in single row plots among the navy beans, on the same 30-inch row spacing with a walk behind hand planter. Planting was completed June 8, 2017.

All varieties were planted in 30-inch rows at a population of 100,000 seeds per acre. Basagran, Reflex and Raptor were used post-emergence and applied with 2 gallons per acre of 7-25-5 liquid fertilizer. Approximately 20 gallons per acre 28% UAN was applied July 15 to help the crop recover from water damage and likely nitrogen loss.

Beans were killed Oct. 10 with paraquat and sharpen, and navy varieties were direct-cut harvested with the cooperating grower’s combine Oct. 18. Sample weights were recorded using a weigh wagon, and yield was adjusted to account for grain moisture ranging from 15.3-15.8 percent. Kidney bean yield data was collected by hand harvesting 125 feet of row, and threshing with a small bundle thresher.

This summer’s growing conditions were mixed for dry beans. Heavy rains fell shortly after emergence and through much of June, which stunted the crop for approximately one month. After recovering from this initial stress, beans were exposed to adequate precipitation and mild daytime temperatures for the remainder of summer. Overall, precipitation was approximately 6 inches above normal from planting through harvest. Temperatures were near normal until late September when a warm spell pushed growing degree day accumulation above normal, which helped to finish out the crop. While mold was present in the trial field, but disease pressure and yield loss were minimal.

Of the four navy bean varieties, Merlin performed the best by far this year, yielding 19.7 cwt per acre. The other three varieties were close in yield with Indi at 15.7 cwt per acre, followed by Alpena (15.3 cwt per acre) and Vigilant (14.1 cwt per acre). In the kidney bean class, Red Hawk produced 12.8 cwt per /acre, out-yielding Red Cedar at 9.9 cwt per acre.

This yield data comes from single, un-replicated strip plots, and should be treated as an approximation only. The two dark red kidney varieties also experienced significant deer damage, which certainly reduced yield.

MSU Extension thanks ADM Edible Bean and the MSU dry bean breeding program for supporting the continuation of our northeast Michigan dry bean variety trial. This trial serves as an important local source of information for dry bean producers working to select the best varieties for their farms and consumers. 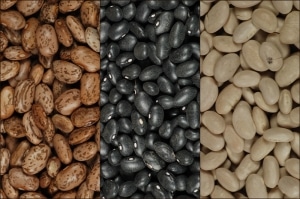 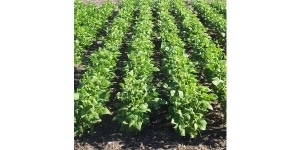