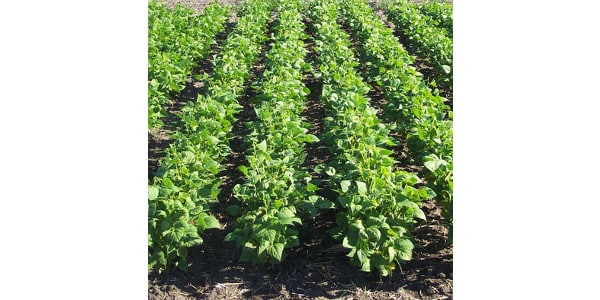 Pinto, navy, black and kidney were the most popular market classes of dry beans grown in North Dakota and Minnesota in 2020. (Courtesy Photo)

NDSU Extension conducted the survey in cooperation with the Northarvest Bean Growers Association.

“The ‘2020 Dry Bean Grower Survey of Production, Pest Problems and Pesticide Use’ provides important data on dry bean production, pest problems and pesticide use in Minnesota and North Dakota,” says professor and Extension entomologist Janet Knodel. “Survey respondents provided information on more than 146,000 dry bean acres in 2020, which represents nearly 14% of the 1.1 million acres planted in the Northarvest area.”

Most dry beans were grown using conventional tillage (71.4%), followed by minimum-tillage farming practices (20%), strip tillage (6.2%) and no-till (2.4%). Growers used cover crops on almost 25% of their reported acres, which continues an upward trend in cover crop use. The top reasons for cover crop use were soil conservation, moisture conservation and weed control.

Most growers (80.7%) used a soil test prior to fertilizer application, and 29.8% used site-specific nutrient management. Rhizobium inoculant was used by 23.5% of growers.

Frost affected 22% of the surveyed Northarvest acreage. Affected growers reported an average yield loss of 14.7% due to frost damage.

Water damage and diseases were the next most commonly reported production problems.

For insect pests, 41% of reported acres had no insect problems, which is good news, Knodel says. In dry bean acres that experienced insect problems, grasshoppers (44%) were the most frequently reported followed by leafhoppers (29.3%) and cutworms (10.6%). However, foliar insecticide use was low – 74% of dry bean acres did not receive any foliar insecticide – which indicates that insect pest pressure was generally not at levels that would cause economic loss.

Kochia was the most commonly occurring weed and was reported on 22.8% of dry bean acres. Ragweed (19%), lambsquarters (17.3%) and waterhemp (10.1%) were the next most common weeds. While herbicide use is the most important weed control tactic, several growers incorporate nonherbicide weed control strategies, Beauzay says. Cultivation was used by 20.9% of growers, cover crops by 7.7%, manual labor by 7.7% and rotary hoe by 4.7%.

The “2020 Dry Bean Grower Survey of Production, Pest Problems and Pesticide Use” (publication E2014) is available online from NDSU Extension at https://tinyurl.com/nx3kv8tp. Printed copies are free and available through the Agriculture Communication Distribution Center on the NDSU campus, by email at ndsu.distributioncenter@ndsu.edu or by calling 701-231-7883.