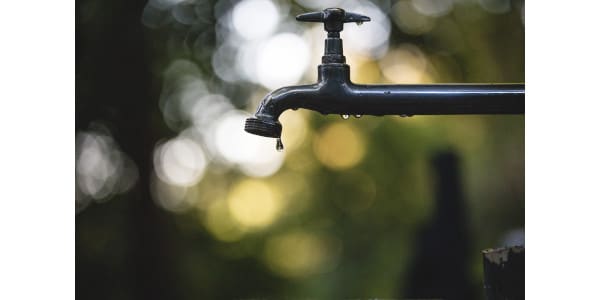 Listening session participants made it clear that the state needs to address long-term climate change issues if agriculture is to remain viable in the state. (Photo by Luis Tosta on Unsplash)

MINNEAPOLIS — The 2021 drought has had a devastating impact on Stearns County farmer Liz Dwyer: her well went dry, vegetable plantings shriveled, livestock had to be butchered early because of lack of hay and the Community Supported Agriculture (CSA) program at her Dancing the Land Farm had to stop deliveries eight weeks early. Yet, when she called her local USDA Farm Service Agency office to find out about drought assistance, Dwyer was told she didn’t qualify because her diversified operation didn’t fit the mold of farms the agency was used to working with.

“The reality is I feed hundreds of people, and yet there’s no support in a year like this, and this is the kind of year that just kills small farms,” she said during a recent drought listening session held by the Land Stewardship Project and the Minnesota Farmers’ Market Association.

Other small and medium-sized farmers who raise vegetables, fruit and livestock shared similar stories during the virtual listening session, which was attended by Minnesota Commissioner of Agriculture Thom Petersen, as well as several state legislators. In many parts of the region, the drought started in the spring and extended throughout the summer. By last month, more than three-quarters of Minnesota was considered to be in “severe” or “extreme” drought, according to the U.S. Drought Monitor. Nearly 60 percent of the state’s pastureland is in “very poor” or “poor” condition, according to Petersen.

Listening session participants made it clear that for many farmers, this is an emergency situation requiring immediate assistance. On Sept. 24, Governor Tim Walz announced that he is proposing a $10 million drought assistance package that he would like to be considered at a special session of the Legislature next month. That proposal includes $5 million in grants of up to $5,000 for livestock watering systems and irrigation equipment while also offering $5 million for a zero-interest loan program.

“Over the past few years, we have seen unprecedented droughts and flooding across the state, and these events have pushed farmers to the brink,” she said. “It is time to support farmers in integrating practices that will mitigate some of the most harmful effects of these extreme weather events and ensure those currently on the land can stay farming with adequate relief resources.”

Listening session participants also made it clear that the state needs to address long-term climate change issues if agriculture is to remain viable in the state. University of Minnesota Extension fruit production educator Annie Klodd said her office is dealing with unprecedented climate-related issues such as the need for more irrigation in areas that historically have not required it.

KaZoua Berry, program manager for Big River Farms in Washington County, said policymakers need to take steps to help farmers deal with climate change in the long term by adjusting programs to support small-scale farmers while cutting red tape and providing incentives for consumers to support these farmers at places like farmers’ markets.

“This is the kind of conversation we should have had a decade ago,” she said.

When lawmakers are considering drought assistance, an emphasis should be placed on small to medium-sized producers who have the kind of operations often left out of mainstream farm program support, said Kathy Zeman, executive director of the Minnesota Farmers’ Market Association.

“It’s critical that this relief package is accessible to smaller-scale, diversified farms, those who are renting land, those who are selling good food directly to our communities and ensuring they have the support needed to navigate applying for this aid,” said Zeman.