Home » Drought raises questions about when, how to cull cattle herds 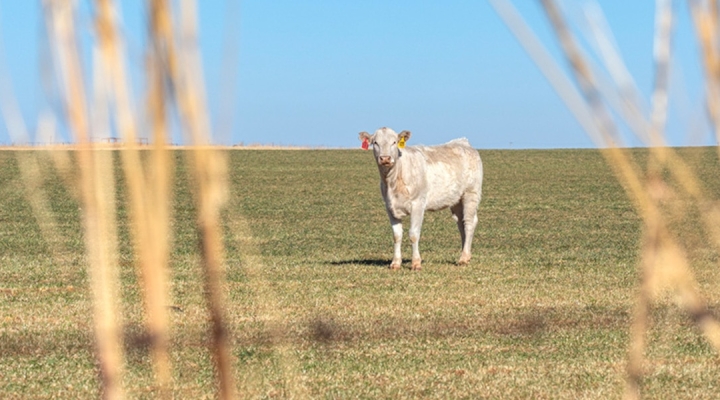 STILLWATER, Okla. — As current drought conditions in western Oklahoma decline past what they were in 2010 and 2011, cattle producers across the state are faced with making difficult herd management decisions.

Culling is a routine practice used to manage the stocking rate on the ranch and maintain a productive, healthy and problem-free herd. In fact, cull cows account for approximately 20% of the gross income for a commercial cow operation. While regular culling of lower producing cows is not uncommon, a lack of grazing land and resources caused by widespread drought requires additional culling consideration.

“The profit from culled cattle can be vital in keeping the rest of the herd fed during a dry season,” Lalman said. “Which is why it’s important to ensure your cattle are in the best condition possible when they go to market.”

The Oklahoma Mesonet continues to report extremely hot and dry conditions in the western half of the state, and cattle producers are already feeling the effects.

“People still remember the 2010-2011 drought,” Hartman said. “It’s fresh in producers’ minds because there were quite a few who had to liquidate everything.”

Hartman said there are a lot of variables involved in drought-related culls. His advice is to make the easy culls as soon as possible to stretch the resources that are currently available.

After several months of abnormally dry conditions, Hartman predicts that there will likely be some level of liquidation throughout the summer in western Oklahoma. He advises producers to make their culling decisions now, even if cattle are sold prematurely.

“The best thing that can happen when you cull too early is that the grass gets a rest during a dry year,” Hartman said.

According to livestock marketing OSU Extension specialist Derrell Peel, the ultimate factor in deciding to cull an animal is its physical condition in relation to its productivity. When a cow becomes too old or lame to continue as a breeding animal, it must be culled. However, there are economic reasons why a producer may cull a younger or more productive animal.

If the cow herd has already been culled for old and unproductive cows, then one might give serious consideration to marketing heifers retained as replacements, Lalman said.

“While these replacement females should represent an operation’s best genetics,” Lalman said. “They will require the greatest amount of time to generate revenue and will be the most difficult to breed back once they calve for the first time.”

Culling replacement heifers is a tough decision, but it might be the most economical choice for the producer. According to Lalman, these animals have a high potential to generate excellent market value in a separate part of the country not affected by drought.