Home / Texas / Drier winter weather pattern expands drought conditions
A new user experience is coming! We'll be asking you to login to your Morning Ag Clips account March 1st to access these new features.
We can't wait to share them with you! Read more here. 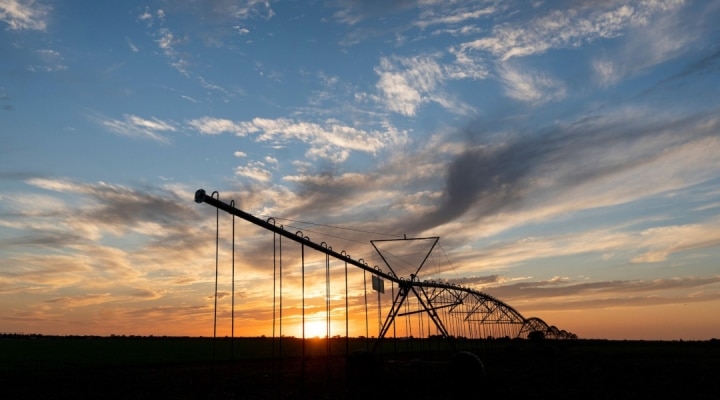 COLLEGE STATION, Texas — Conditions are drying around much of Texas, and forecasts are calling for winter weather to be warmer and drier than average.

Commodity producers in much of the state, including the High Plains, experienced a banner year in 2021 due to high commodity prices and above-average precipitation that started in May and delivered timely moisture throughout the growing season.

But soil moisture levels are declining in parts of the state, and the 2022 growing season could hinge on winter weather replenishing topsoil and subsoils or another round of timely summer rains to save the day.

The U.S. Drought Monitor shows most of the High Plains, West Texas and East Texas are in extreme drought to abnormally dry. West Central, Central and Coastal parts of the state are not experiencing drought, according to the monitor.

A strong La Niña weather pattern is expected this winter, which often means less rainfall and warmer temperatures for the Southwest, including much of Texas.

“Soil moisture indexes are drying out and that is definitely a concern moving into winter and spring,” Bell said. “We are continuing to hear weather conditions are expected to be warmer and drier than average, and so moisture could be a challenge for producers looking to make 2022 cropping decisions.”

Bell said producers in the High Plains are making serious evaluations of input costs due to high fertilizer prices and pesticide shortages despite strong commodity prices. But much of the planting decisions will be based on precipitation received between now and planting and how well soil moisture indexes might support crops through moderate drought conditions.

But winter is typically a dry period for the High Plains region, Bell said. Much of the restorative rainfall events historically occur during monsoon season in late summer through September.

The region does typically pick up some winter moisture from snowfall, Bell said. While snow represents important moisture and an insulator against extreme cold for soils and winter crops like wheat and oats, it only delivers a fraction of rainfall’s liquid equivalent.

“A few inches of moisture are important when you are in a 16-24-inch rain zone like the High Plains, but we need rainfall to help reduce the deficit and improve the overall topsoil and subsoil moisture index,” she said.

Plan for the worst, hope for the best

Timely in-season rains in the High Plains between May and September helped bridge the soil moisture deficit during the 2021 growing season, Bell said. The region received 10-12 inches of rainfall during the growing season, which effectively supplemented crop moisture requirements for producers with limited irrigation capacity.

The timely rains resulted in better-than-average yields for many regional corn, sorghum and cotton producers, she said. Better-than-expected yields amid higher prices at market made 2021 a good production year.

But Bell said producers should continue to plan for the worst and hope for the best when it comes to soil moisture availability. Competitive prices for more drought tolerant crops like cotton and sorghum will likely weigh into cropping decisions if moisture doesn’t improve soil moisture indexes.

“Generally, farmers have a positive, hopeful outlook when it comes to planting,” she said. “Last year many producers were reconsidering whether they would plant corn, but then rains came in May, so they planted hoping for more and they got it. Timely in-season rains and moderate temperatures led to very good corn yields. It worked out perfectly, but then there are years where it does not.”