Home » Down to turnout

"Insight" is a weekly column published by Kansas Farm Bureau, the state's largest farm organization whose mission is to strengthen agriculture and the lives of Kansans through advocacy, education and service.

MANHATTAN, Kan. — There’s an old cliché that’s become something of an inside joke among people who follow politics a little too closely, me included.

“It all comes down to turnout.” On the surface, it’s a meaningless tautology, similar to saying the winner of a football game will be the team with the most points.

Dig a little deeper and it captures something reporters know all too well. The number of people voting doesn’t determine winners, rather it’s the types of voters who cast their ballots. Just as importantly, it also includes those who don’t bother to show up. Small shifts in who goes to the polls and who stays home can have lasting impacts.

We’re now less than two weeks away from the 2020 election, and turnout is projected to set records. Good campaigns will lose. Bad ones will win. Weak candidates will surprise strong ones. Ballot measures will succeed or fail. And just like every election you get to play a role in deciding the outcome.

For anyone engaged in agriculture, there’s a lot on the line in this election. Issues in federal races range from trade and taxes to the next Farm Bill and even Endangered Species Act reforms. Taxes, water issues and reapportionment will be big items on the docket in Topeka.

While these issues are near and dear to the hearts (and wallets) of farmers and ranchers, they’re probably not on the list of matters suburban and urban voters are using to make their voting decisions. There’s nothing wrong with that. People living in populated areas have their own issues, their own values.

One need look no further than 2018 to see how a rural-urban divide works when Laura Kelly won the gubernatorial race. She garnered a majority of votes in just six counties and a plurality in three others.
More than 40 percent of registered voters didn’t pull a lever in that election. Boosting turnout just a percentage point or two in the 96 other counties would have easily changed the results of the election. Small shifts would have made a big difference.

The same is going to be true on Nov. 4. It will be easy to look back at who voted, and who didn’t, and identify races that could have gone differently.

Voting is the first step, but there’s more farmers and ranchers can do to amplify their voices, like boosting turnout. Make those personal phone calls, have those in-person conversations and post to social media. Talk with your friends and neighbors. Talk with your cousins in Kansas City or landlord in Wichita. Talk with anyone else who shares your values and make sure they’ll cast a ballot this year.

Like every other election, this one will come down to turnout. Be sure you’re included in the outcome. Your voice and your values are on the ballot. 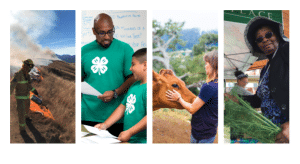 DAVIS, Calif. — From Del Norte, Siskiyou, and Modoc counties south through San Diego and Imperial counties, Californians will be seeing more University of California Cooperative Extension advisors in their communities. University of California Agriculture and Natural Resources has released 48 more UCCE Advisor positions for recruitment over the next 12 months thanks to increased 2021-22 […] 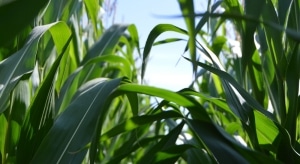 LUBBOCK, Texas — The Texas Corn Producers Board will hold elections in three of its five voting regions to elect five board members where current members’ seats are expiring. The TCPB election is conducted by voting regions and will be held from Oct. 25, 2021, until Nov. 15, 2021. There are three seats open for election in Voting Region Two, […] 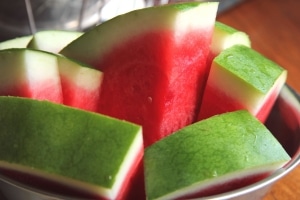 ATHENS, Ga. — Fusarium wilt, caused by a soilborne fungus, is one of the most damaging diseases of watermelons worldwide. Since it was discovered in 1894, it’s been a battle for producers to manage through crop rotation and chemical fungicides. The fungus is persistent in both seedless and seeded varieties and its spores can last […]

Project to use computer to ID bumble bee species