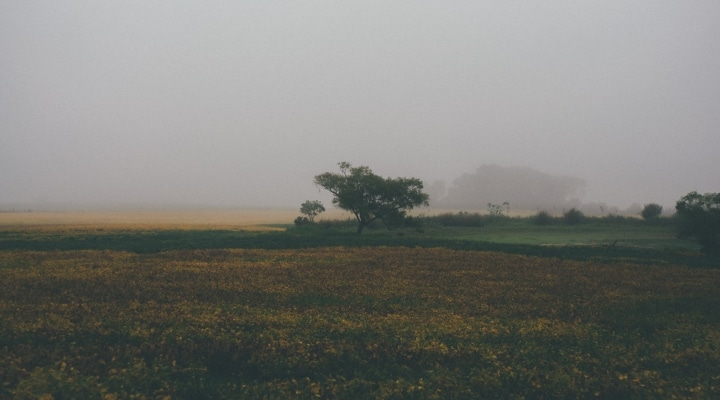 From 1980 to 2016, grain production in Brazil increased more than fourfold, and the country now stands as the world’s largest soybean exporter and the second largest exporter of corn. The two main drivers of this increase in food production were cropland expansion and double-cropping, harvesting two crops, such as corn and soybeans, from the same field in a single year. (photo by Pablo Torri, creative commons/flickr.com)

NEWARK, Del. — From 1980 to 2016, grain production in Brazil increased more than fourfold, and the country now stands as the world’s largest soybean exporter and the second largest exporter of corn. The two main drivers of this increase in food production were cropland expansion and double-cropping, harvesting two crops, such as corn and soybeans, from the same field in a single year.

While cropland expansion has long been recognized as one of the drivers behind the increase in Brazil’s agricultural output, a new study published in Nature Food quantifies for the first time the impact that double-cropping also had on helping Brazil achieve its national grain boom.

Jing Gao, assistant professor of Geospatial Data Science in the University of Delaware’s College of Earth, Ocean and Environment (CEOE) and Data Science Institute (DSI), was a co-author on the study that included collaborators from institutions in China and Brazil.

Gao contributed to the team efforts by examining agriculture census-related data gathered from the Brazilian Institute of Geography and Statistics (IBGE), and identifying spatial patterns and changes that occurred over time in three key agricultural regions with regards to food production: the Centre-West, Southeast-South, and Matopiba regions in Brazil.

“You don’t know what is happening until you analyze data,” said Gao. “This was the first time this unique dataset was analyzed from this angle to show how the system worked. Understanding how the boost in Brazil’s grain productivity was achieved in the recent past provides insight for developing sustainable food production in the future.”

These three regions covered 36% of Brazil’s territory and accounted for 79% of the national soybean production and 85% of the country’s corn production in 2016. The Centre-West area showed the biggest increases in production as well as cropland expansion. As such, the Centre-West displaced the Southeast-South as the dominant grain producer in the country, producing 46% of the nation’s grain compared to 29% for the Southeast-South.

The increase in grain production in the Centre-West can be attributed to cropland expansion as well as double-cropping.

Contributions from double-cropping in the Centre-West increased from 19% to 33% from 2003 to 2016. While the increase in soybean production was largely due to cropland expansion — soybean fields account for more than one-third of Brazil’s cropland — the increase in corn production could be linked to the practice of double-cropping. In the Centre-West, the agricultural area for second season corn — or the corn grown after the first season soybean is harvested — increased from 26.3% to 66.6% from 2003 to 2016, and in 2012, the second season corn crop surpassed the corn grown during the first season as the main source of corn nationwide.

Tao Lin, from the College of Biosystems Engineering and Food Science at Zhejiang University in China and the corresponding author of the paper, said that it was interesting to see the agricultural developments in these regions had different approaches to agricultural expansion and double-cropping.

“The Centre-West region has experienced a rapid cropland expansion in the last few decades, and after the new cropland was created, farmers then decided to also increase the double-cropping area a lot,” said Lin. “Meanwhile, the contribution of double-cropping in the Southeast-South region is over 50%, which has had a much higher impact than cropland expansion in recent times, because there is not much arable land remaining for further expansion in this commercial agricultural region.”

The researchers also found that the strongest driver behind this rapid increase in grain production has been the rising demand for corn and soybean exports from Brazil on a global scale.

It is important to understand how double-cropping has helped a country like Brazil, which plays a critical role in the global food supply chain, increase its agricultural productivity while limiting the conversion of natural land for agricultural use and possibly helping offset some of the negative environmental impacts that might result from cropland expansion.

From 2003 to 2016, double-cropping in Brazil offset the equivalent of about 76.7 million hectares of arable land for corn production, that is, more than twice the annual harvested area of corn in the United States.

While not every country is growing food in an area of the world that is conducive or even possible for double-cropping, for other grain-growing pantropical countries, double-cropping could be a solution to increase grain production without expanding cropland over natural landscapes.