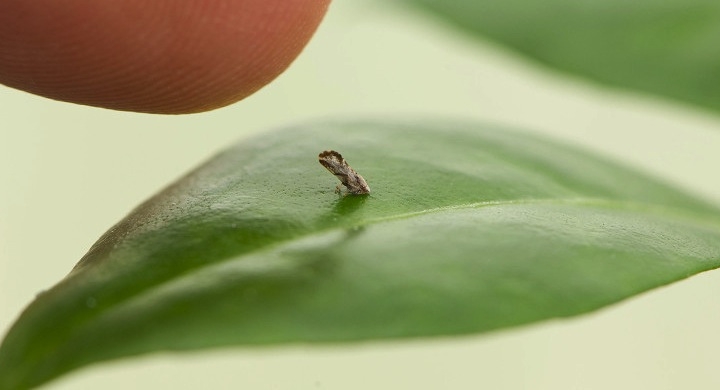 Although all of the United States is at risk of invasive species introduction, California is particularly vulnerable because of its climate, geography, crop diversity, and high number of international air, marine and land ports. On average, at least one invasive species is introduced into California every month. Above: Asian citrus psyllid. (U.S. Department of Agriculture, Flickr/Creative Commons)

SAN FRANCISCO — People traveling to and from San Francisco International Airport are now advised, “Don’t Pack a Pest,” on signs placed at various locations in the terminal. A news conference today announced the expansion of this successful awareness campaign into California.

“Don’t Pack a Pest” helps protect against invasive species introduction in the U.S. and the Caribbean with a simple message: When You Travel, Declare Agricultural Items, Don’t Pack a Pest.

“Invasive species have the potential to devastate California’s agricultural industry and its natural resources,” said California Secretary of Agricultural Karen Ross. “Keeping these invasive species outside of our borders is the most effective way to protect our state, and the Don’t Pack a Pest campaign aims to help us do just that.”

Key components of the program are a video that currently runs in the 20 busiest U.S. airports, including San Francisco, and signage that has been placed in over 50 major ports of entry in the U.S. and Caribbean. The “Don’t Pack a Pest” website www.dontpackapest.com assists travelers to determine what agricultural products are allowed or prohibited entry into the U.S.

San Francisco is one of the most popular destination cities for overseas travels with approximately 3,632,000 visitors in 2015. The number of visitors is expected to increase in the years ahead, which would also increase the possibility that an unsuspecting traveler could bring an invasive plant pest or animal disease into California.

For more information about the “Don’t Pack a Pest” campaign, please visit www.dontpackapest.com.

—California Department of Food and Agriculture