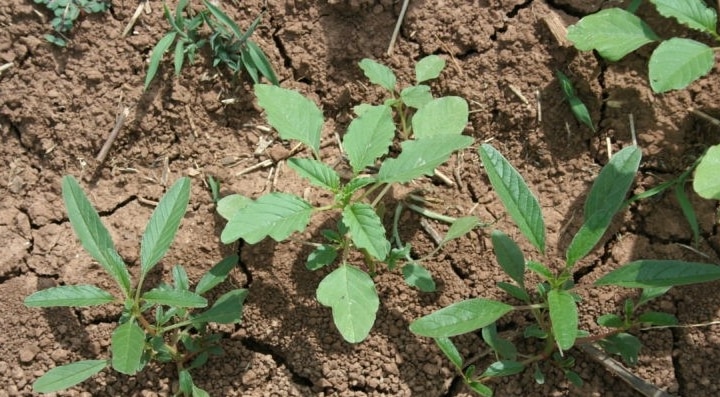 COLLEGE STATION, Texas — When weeds begin showing resistance, it’s not a case of the herbicide changing the weed, it’s a simple “survival of the fittest” case, according to a Texas A&M AgriLife Extension Service specialist.

Scott Nolte, Ph.D., AgriLife Extension weed specialist, College Station, said the common misconception is the herbicides cause changes. Instead, it’s mainly the inherited ability of a species to survive.

Target-site mutation is the most common cause of herbicide resistance, he said. This is where a change at the target site prevents the herbicide from binding or otherwise disabling the action, thus preventing herbicidal activity.

“It’s like a lock and key and someone changed the lock, so the key no longer works,” Nolte explained.

Repeated use of herbicides with a single site of action promotes selection for resistant weeds. It kills out the susceptible biotypes and leaves only the resistant biotypes. And a single resistant weed multiplies over and over.

Nolte said weeds that are prolific seed producers develop resistance first because they have a high germination rate and reproduce quickly. Extended germination periods are also a problem.

“If they are highly susceptible to an herbicide and everything around is killed, there is nothing for these surviving weeds to cross-pollinate with,” Nolte said. “So, they can only reproduce the resistant biotype.”

Producers have to get into the practice of rotating modes of action in their herbicide programs, he said.

“I know the weeds are still growing. And, sometimes it doesn’t pencil out to keep treating,” Nolte said. “But I can’t tell you to do nothing. We have to use what we do have to slow them down.”

The problem often occurs when producers use herbicides that have a single mode of action, are very effective and have a long soil residual, high-use rate and high-use frequency.

“For instance, with Roundup it was effective, it was cheap, but ‘nix the mix’ was the downfall, because it was alone,” Nolte said. “Just like dicamba now, we don’t want to encourage single use.”

Cultural practices can favor development of resistance, he said. Some issues include growing the same crop year after year, not tilling or cultivating, using herbicides with the same mode of action and not using soil herbicides.

“You have to rotate the things that work, otherwise they eventually won’t work.”

Another consideration, Nolte said, is equipment.

“How many of you change your spray nozzles? They get clogged and damaged, which can affect the rate being applied,” he said. “Also, poor agitation prevents uniform herbicide applications. Or maybe the boom is not set at the right height.”

Application rates and weed size calculations can be off, Nolte said. Applying herbicides to weeds larger than what the label specifies, or at a rate below the recommendation, can cause unacceptable control. Soil conditions, weather conditions, stressed plants and other factors can result in poor herbicide control.

“Sometimes a new flush of weeds comes up after the initial herbicide application, or dense stands prevents the herbicide from getting down into the canopy to get good control,” Nolte said.

“But if you suspect resistance, you have live plants next to dead plants – good control of most weeds, but not a few, take action,” he said. “Be aware of the weeds on the list that are resistant and start taking steps early to make sure you don’t have to spend the money later.

“If you suspect resistance and want a population tested, you can contact me, and I will test it.”

If resistance is confirmed, Nolte said, immediate steps to take are:

– Eliminate the resistant weed population to limit or prevent seed set and shed.

– Don’t use the same herbicides and don’t let the plants go to seed.

– Prevent movement of the resistant population to other fields by cleaning all equipment.

“We have to look at things we have available. Tillage, even if it is only occasionally in no-till or minimum till systems, is an option.”

“We don’t have new herbicides in the pipeline, so we have to be diligent with the tools we have,” Nolte said.