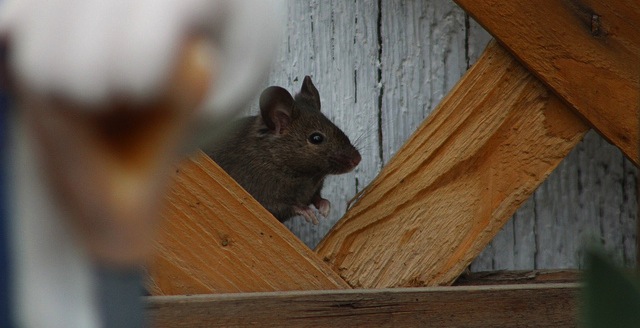 Researchers found that the presence of cats and dogs at the same homestead significantly reduced foraging activity and increased the amount of fear displayed by rodents. (davebloggs007, Flickr/Creative Commons)

GAINESVILLE, Fla. — Cats and dogs may be longtime enemies, but when teamed up, they keep rodents away, a University of Florida Institute of Food and Agricultural Sciences researcher says.

That’s good news for farmers trying to keep rodents from eating their crops and for homeowners trying to keep the nuisances at bay and from spoiling food and potentially spreading disease, said Robert McCleery, a UF/IFAS associate professor of wildlife ecology and conservation.

McCleery, working as part of an international team of researchers found that the combination of dogs and cats reduced rodents from foraging in and around homes and storage buildings. However, dogs or cats by themselves usually won’t help rid your farm or dwelling of pest rodents.

Not all rodents are pests, McCleery said. For example, scientists consider squirrels, beavers and cotton rats helpful to generally be helpful to the environment. In this study, scientists studied the pest rodent, which lives in your house or eats your crops and is usually not native to the area where it is found, he said.

“This might reduce food damage and potential for disease transmission,” McCleery said. “Farmers might want to consider cats and dogs as a way to discourage rodent pests in areas where they store their crops.”

The team of researchers, led by Themb’alilahlwa Mahlaba, a scientist at the University of Swaziland, conducted their experiment in four agricultural villages in Swaziland, but McCleery said their findings apply globally.

They also studied the fear factor in the rodents: Researchers wanted to know if the rodents were afraid to forage with cats and dogs at the homestead.

Researchers found that the presence of cats and dogs at the same homestead significantly reduced foraging activity and increased the amount of fear displayed by rodents.

“The results of this study are particularly interesting to me as they will make a big contribution to the efforts at managing rodents in and around homesteads,” Mahlaba said. “Showing that dogs have a role in rodent management has overturned my long held ideas on this subject. Now all we need to do is to find out why and how the combination of cats and dogs drastically reduces rodent activity in and around homesteads.”

The findings are published in the online journal PLOS ONE. 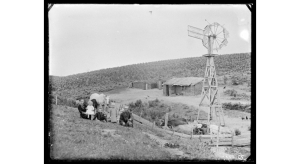 GREENWICH, N.Y. — May 20, 2022 marked the 160th anniversary of the enactment of the Homestead Act. This piece of legislation played a key role in U.S. agriculture and is considered by some to be one of the most important pieces of legislation in U.S. history. The Homestead Act, which was signed into law on […] 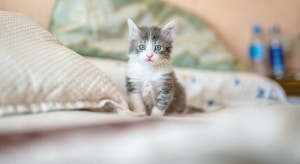 Physics and psychology of cats – an (improbable) conversation

WASHINGTON — Have you wondered why cats are so nimble and seem to fit perfectly in cups, boxes and other small places? Or how cats communicate with humans? Marc Abrahams, editor of the Annals of Improbable Research and master of ceremonies of the annual Ig Nobel Prize, Jean Berko Gleason, psycholinguist and professor emerita of Psychological and Brain […]