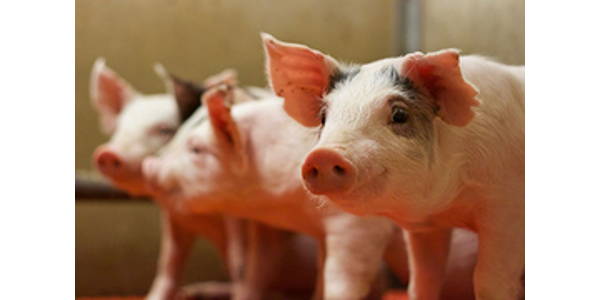 As the dry-grind ethanol industry has evolved, the number of co-products available for livestock diets has increased.(Courtesy of University of Illinois)

URBANA, Ill. — As the dry-grind ethanol industry has evolved, the number of co-products available for livestock diets has increased. A new high-protein type of distillers dried grains with solubles, produced through front-end-back-end fractionation, is now commercially available. Researchers from the University of Illinois have evaluated the nutritional value of the ingredient in a recent study published in the Journal of Animal Science.

“Front-end-back-end fractionation of the product involves a patented process to mechanically separate fiber based on its solubility before fermentation and an additional patented process to extract oil after fermentation. The resulting product is dried using the patented Raymond Compression Drying System, which subjects the material to very little heat during the process,” says Hans H. Stein, professor in the Department of Animal Sciences at U of I, and co-author on the study, along with doctoral student Charmaine Espinosa.

The study consisted of two experiments. In the first, the researchers evaluated the apparent and standardized digestibility of crude protein and amino acids in three diets: conventional DDGS (DDGS-CV), the high-protein DDGS product (DDGS-HP Lincolnway), and a nitrogen-free diet used to determine endogenous losses of amino acids and crude protein. Vitamins and minerals were added to each diet to meet or exceed dietary requirements. Each diet was fed to six growing barrows for seven days at three times the maintenance energy requirement.

On the sixth and seventh days, researchers collected ileal digesta and analyzed dry matter, crude protein, and amino acids. They found that apparent and standardized digestibility were significantly greater in DDGS-HP Lincolnway than in DDGS-CV for leucine, lysine, methionine, phenylalanine, and glutamic acid. Digestibility of several other amino acids were greater in DDGS-HP Lincolnway, but the difference was not significant.

The second experiment focused on energy digestibility. In this case, the researchers evaluated three diets: corn, corn + DDGS-CV, and corn + DDGS-HP Lincolnway. Again, all diets were supplemented with vitamins and minerals as needed. The researchers fed each diet to eight growing barrows for 14 days at three times the maintenance energy requirement.

The conclusion from the two experiments confirms the digestibility of some amino acids and concentrations of digestible and metabolizable energy are greater in DDGS-HP from Lincolnway compared with conventional DDGS. These changes are likely the result of increased protein concentration and reduced fiber in DDGS-HP. “As a consequence, the nutritional value of DDGS-HP is greater when compared with conventional DDGS,” Stein says.

Using big data to look at health of cities