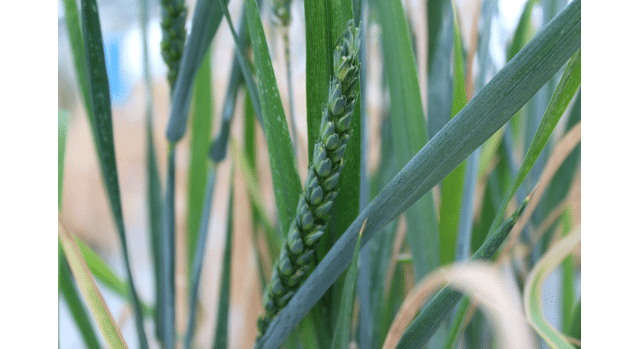 NORWICH, England — A gene which has profound effects on the production of seeds has been identified by researchers from the John Innes Centre. Gene-editing techniques helped to identify and explain the key gene, ZIP4, in wheat which is responsible for maintaining 50% of yield in this global crop.

The discovery presents an exciting new opportunity to breed high-yield, elite wheat varieties using a novel mutation of the gene, whilst also allowing the introduction of critically important traits such as heat resilience and disease resistance.

In the study, which appears in Scientific Reports, Professor Graham Moore’s research group took advantage of recent developments in wheat research technology to explain genetic elements which have puzzled scientists for more than 60 years.

“Our study describes the identification of a gene, ZIP4 and its phenotype, responsible for the preservation of 50% grain in wheat. We can now aim to identify variants of the gene with effects that give wheat yield resilience to climate change,” said Professor Moore.

Developing wheat that is resilient to climate change will help to secure a crop which 2.5 billion people are dependent on.

Many plant species including most flowering plants are polyploid, meaning they have multiple genomes. The polyploid wheat genome evolved as a combination of wild grasses which cross-fertilized, some 10,000 years ago in the Middle East.

During this process, known as polyploidisation, fertility is preserved via mechanisms which have evolved to control the behaviour of these multiple genomes during meiosis, the sexual reproduction phase inside cells.

During wheat polyploidisation, the major meiotic gene ZIP4 duplicated from chromosome 3 into chromosome 5B.

Previous studies had shown that the duplicated gene performs two key functions in stabilising the wheat genome during meiosis: promotion of faithful chromosome pairing, and suppression of crossover between related chromosomes.

For more than 60 years, the suppression function was believed responsible for genome stability and grain yield, and consequently informed breeding decisions.

Researchers in the Moore group used CRISPR-Cas9 genome editing techniques to create a mutant plant in which the ZIP4 5B gene has been deleted, leading to the loss of both its functions. This mutation yielded 50% fewer grains, confirming the critical role of ZIP4 5B in wheat fertility.

Next, they generated a novel ‘separation of function’ ZIP4 5B mutant plant which had lost the crossover suppression phenotype but had still retained the ability to promote correct pairing.

Excitingly, the ‘promotion of correct pairing’ phenotype in the separation of function ZIP4 5B mutant wheat, maintained chromosome stability and preservation of grain number.

Results showed that surprisingly, the loss of crossover suppression phenotype did not reduce wheat fertility when the other function was preserved.

Professor Moore adds: “Until now the importance of this second phenotype to the preservation of grain number has been unclear. Our study has shown that the new mutant should now be used in wheat breeding to maintain yield and, because it does not have the suppression function, to increase the chance of successful introgression of desirable wild relative chromosome segments into wheat.”

Meiosis is a function affected by increased temperatures. A research priority is to seek variations of the ZIP4 gene which maintain meiotic stability and fertility under different temperature regimes.

First author of the Study Dr Azahara Martin said: “Duplication of the ZIP4 gene from chromosome 3 into chromosome 5B after polyploidisation is likely to have had an extraordinary impact on agriculture and human nutrition. The separation of function mutants described in this study will lead to more successful introgressions in breeding.”

Learn to grow your own oyster mushrooms!