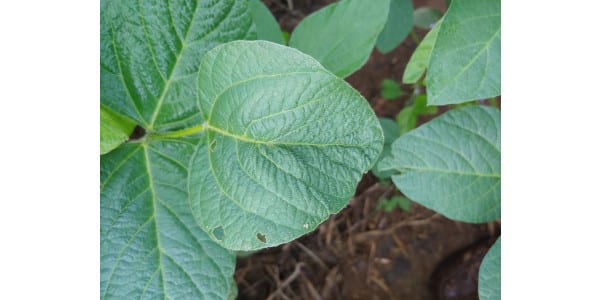 LEXINGTON, Ky. — There have been several reports of dicamba off-target movement onto soybean and other sensitive crops reported over the last two weeks in parts of Kentucky. Despite four years of applicator training and three label changes to enhance restrictions and nullify the potential of off-target movement of dicamba during postemergence applications to dicamba-tolerant soybean, off-target events continue to occur in 2021.  There have been a couple of consistent questions and comments that have come to me over the last two weeks that we will address below.

How should you report a dicamba injury case?

If you have crops that have been affected by dicamba off-target movement that you would like to have officially documented, you need to report a complaint to the Kentucky Department of Agriculture (KDA).  You can file a complaint online here. You can check the box “Are you providing this notice for information purposes only” if you don’t want to request an investigation, but simply would like it to be documented.   I encourage all individuals who have experienced a dicamba off-target movement event onto their crop to report it to the KDA, this allows the case to be officially documented for future label reviews.

If you are questioning whether you have dicamba injury or want verification that you are observing dicamba injury, you should contact your county Extension agent who can submit samples for verification.   We are more than happy to verify dicamba injury at the University of Kentucky, but those verifications do not create any official documentation of the overall problem, and thus, it is why we encourage you to contact the KDA.

Should you send tissue samples for dicamba analysis?

This question comes up often, and for the most part you are better suited to not send tissue samples for dicamba analysis.  In most cases it takes 2 weeks from a low rate dicamba exposure event for the dicamba symptoms to appear on soybean, in some cases it can take 3 weeks.  Dicamba is metabolized by the plant within a week of exposure and thus in most cases the compound will be undetectable by the time symptoms are evident and samples are sent to the lab.  The symptoms of dicamba are distinct enough that verification by visual injury should suffice for verifying an off-target movement event.

I heard that group 15 herbicides are responsible for some of the injury to sensitive soybean.

This statement has been floating around on social media for the last couple of weeks with lots of debate.   It is true that group 15 herbicides (Zidua, Dual II Magnum, Outlook, Warrant, etc.) can cause leaf distortion and strapping when applied postemergence.  The injury from group 15 herbicides is often referred to as “drawstringing” or an appearance of bunched-up tissue at the leaf tip, as if the midvein had been pulled in (Figure 1).   In most cases, dicamba causes a much more distinct cupping injury that is distinguishable from group 15 herbicide injury (Figure 2).  Additionally, the injury from group 15 herbicide typically occurs on leaves that were present at the time of application, whereas dicamba injury will occur on leaves that were present at the time of exposure as well as the newest trifoliate’s.

Although it should be noted that in some of our plots we have observed dicamba injury that looks very similar to group 15 injury in our untreated checks (Figure 3).  The untreated checks do not receive herbicide applications and thus group 15 injury is not possible.  In cases of only slight leaf malformation and strapping, you will need to do a bit more investigation to determine if the injury occurred due to dicamba, group 15s, or both.  This can be done by looking at all applications to the field in question and surrounding fields, observing multiple plants, and noting if only older growth is affected or if new trifoliates are also showing some signs of dicamba injury.

In the majority of cases I have observed so far in Kentucky in 2021, the injury has been distinct dicamba injury with moderate to severe cupping of the newest trifoliates.

The last dicamba application in the area occurred 2 to 3 weeks ago, but the Enlist field that is cupped was sprayed last week, so it has to be something in the spray tank since symptoms didn’t show up until after the Enlist application.

The symptoms of low dose dicamba exposure can take 2 to 3 weeks to appear on soybean and other sensitive plants.  We have consistently observed this delay in research plots as well as in grower fields over the last five plus years, and you can expect the 2 to 3 week delay.  Thus, in the statement above, the dicamba application occurring 2 to 3 weeks ago is a major indicator to us that the injury is from dicamba exposure.   Conversely, if you have a case of high dosage exposure (such as over spraying onto a sensitive field that is planted row to row) then the injury will occur much more quickly.  In most of the cases we are seeing in Kentucky in 2021 though, the injury  is due to low dose exposure events, and unfortunately, in most cases a postemergence application has typically been made to injured field in the 2 to 3 weeks between exposure and symptom appearance.