Home / California / Derby winner Medina Spirit collapses, dies in California
A new user experience is coming! We'll be asking you to login to your Morning Ag Clips account March 1st to access these new features.
We can't wait to share them with you! Read more here. 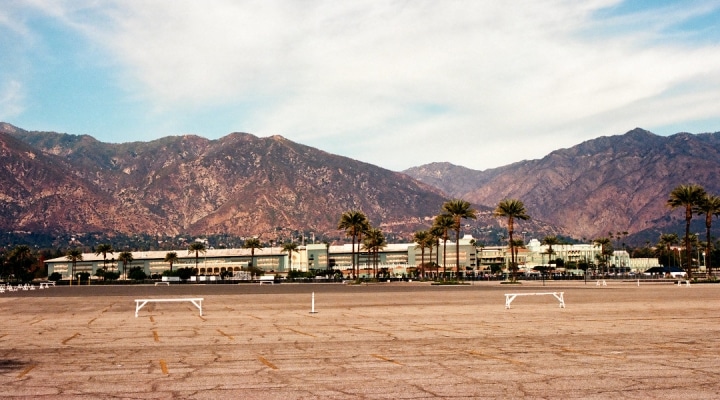 “My entire barn is devastated by this news,” Bob Baffert said. “Medina Spirit was a great champion, a member of our family who was loved by all, and we are deeply mourning his loss. I will always cherish the proud and personal memories of Medina Spirit and his tremendous spirit.” (Person-with-No Name, Flickr/Creative Commons)

The 3-year-old colt trained by Bob Baffert had just completed five furlongs in his second workout since finishing second in the Breeders’ Cup Classic a month ago at Del Mar, according to Craig Robertson, Baffert’s attorney. Baffert said in a statment that the horse suffered a heart attack.

“My entire barn is devastated by this news,” Baffert said. “Medina Spirit was a great champion, a member of our family who was loved by all, and we are deeply mourning his loss. I will always cherish the proud and personal memories of Medina Spirit and his tremendous spirit.”

Santa Anita released a statment saying the track veterinary team took blood, hair and urine samples from Medina Spirit and sent them to the California Horse Racing Board. The colt will undergo a full necropsy, as required by the racing board, to try to determine the exact cause of death.

Medina Spirit tested positive after the May 1 Derby for betamethasone, a legal medication that is not allowed on race day. It was Baffert’s record seventh win in the Derby. In the wake of Medina Spirit’s failed test, Baffert was suspended by Churchill Downs and barred from entering horses in the 2022 and 2023 Kentucky Derbies. He also was banned by the New York Racing Association from entering horses at its Belmont, Saratoga and Aqueduct tracks.

Last Friday, Robertson released a statement saying that tests done by a New York lab have “definitely confirmed” Medina Spirit tested positive for the steroid — not through an injection but due to an ointment used to treat a skin rash.

The Kentucky Horse Racing Commission has been investigating the case, and has yet to hold a hearing that could possibly disqualify Medina Spirit.

“I’m very proud of him. He ran a great race,” Baffert said last month. “To me, he’s the best 3-year-old. He showed it today. That’s what racing is all about, proving it on the racetrack. And he proved it today that he’s the real deal.”

Baffert was allowed to enter horses in the season-ending world championships, but the event’s money-leading trainer had to meet certain conditions, including stricter out-of-competition testing of his horses and greater security at his barn. He agreed to the extra scrutiny and was required to pay for it out of his own pocket.

Medina Spirit had five wins in 10 career starts and earnings of $3,545,200, according to Equibase. The colt was owned by Amr Zedan, who competes as Zedan Racing Stables.

“Our most sincere condolences go out to Mr. Amr Zedan and the entire Zedan Racing Stables family,” Baffert said in his statement Monday. “They are in our thoughts and prayers as we go through this difficult time.”