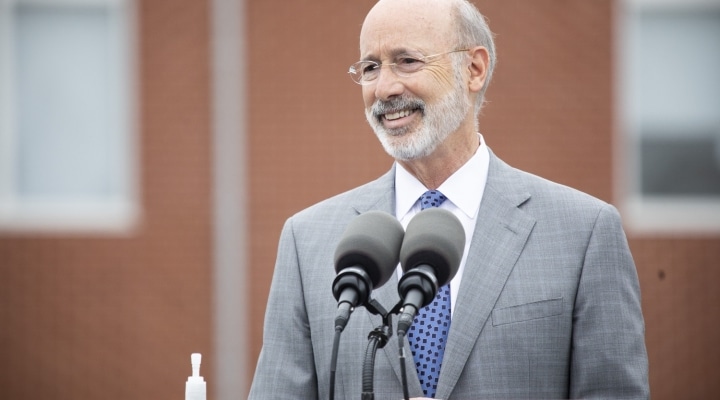 The Governor’s Awards for Excellence recognize commonwealth employees for exemplary job performance or service that reflects initiative, leadership, innovation and/or increased efficiency. Banas is among 49 employees from nine state agencies to be recognized for accomplishments in 2019.

“When we see employees like Tyler going the extra mile in their daily work, we are grateful that they understand their role in the interconnectedness of our food system,” said Agriculture Secretary Russell Redding. “Tyler noticed areas where he could assist and didn’t hesitate to help. Facilitating a smooth transition of a major contract assured a continuation of food security for vulnerable populations. He deserves this recognition.”

When Philadelphia Cold Storage gave 60 days’ notice that it was going out of business in 2019, the action severed its five-year contract with the Department of Agriculture two years early.

This vital contract is used to distribute US Department of Agriculture (USDA) Foods to schools and food banks in the five-county Philadelphia region, which includes Bucks, Chester, Delaware, Montgomery, and Philadelphia counties. Through the program, 1.3 million low–income Pennsylvanians are served.

The Share Food Program, a non-profit, charitable food assistance provider, offered to take over the contract starting in June 2019.

“I saw they were taking on a task that was unprecedented for a food bank, at least in Pennsylvania, and I saw they needed help,” Banas said.

Taking on the contract meant transitioning from being a recipient food bank, only receiving trucks, to supplying all the other food banks, food pantries, and schools in the five-county area. Now they receive more trucks and send out many trucks each day.

It was an immense change. Banas helped them figure out logistics and paperwork.

While taking on this increased responsibility, the Share Food program was also receiving tens of thousands of cases of additional, perishable USDA Foods for distribution through the charitable food system as a result of USDA’s Trade Mitigation program, which increased support to U.S. farmers in the form of cash payments and product purchases.

Banas helped them master the proper storage of perishables, including fresh milk, fruits, and vegetables.

Banas didn’t know he had been nominated for the Governor’s Award for Excellence and was surprised when he received an email from Governor’s Office informing him of the award.

“It hasn’t sunk in,” Banas said. “I just thought I was doing my job, to tell the truth.”