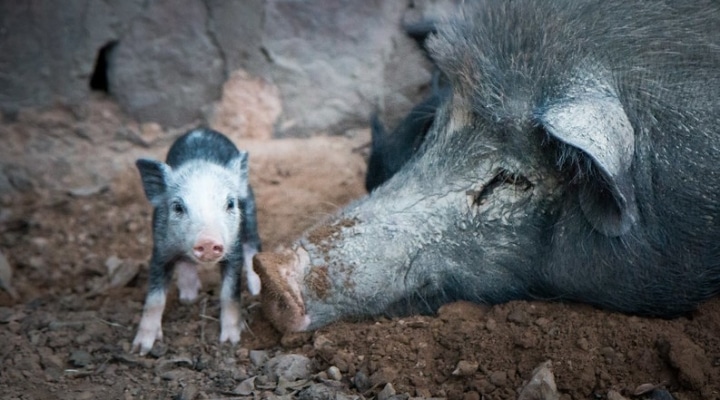 The number of wild pigs in Denmark has fallen from 35-40 to fewer than 25, even though some piglets have been born in recent months, officials said Monday. (Stock photo via Barney Moss, Flickr/Creative Commons)

COPENHAGEN, Denmark (AP) — The number of wild boars in Denmark has fallen since a 70-kilometer (43.4-mile) fence was erected along the German border to protect the valuable Danish pork industry.

The fence was put up last year in an attempt to prevent wild swine crossing from Germany and breeding with farm pigs or possibly bringing in disease. There were concerns the barrier would not work because the fence had gaps where it crossed roads and rivers.

Since then, the number of wild pigs in Denmark has fallen from 35-40 to fewer than 25, even though some piglets have been born in recent months, officials said Monday.

Inge Gillesberg of the Danish Nature Agency said she could not say whether the fence had stopped boars from coming in from Germany but that the agency’s cameras along the border had not seen many doing so.

Denmark is the only EU member country where pigs outnumber people, with 215 pigs to every 100 residents.

Approximately 90% of Denmark’s pork production is exported, accounting for almost half of all agricultural exports and for more than 5% of the country’s total exports, according to official figures. Danish pig meat goes to more than 140 countries, with the largest markets being Germany, Britain, Poland, China, Japan, Italy, Russia and Sweden.

No cases of African swine fever have been reported in Denmark or in Germany, although they have been in some neighboring countries.

Engage with your campus about agriculture virtually this semester