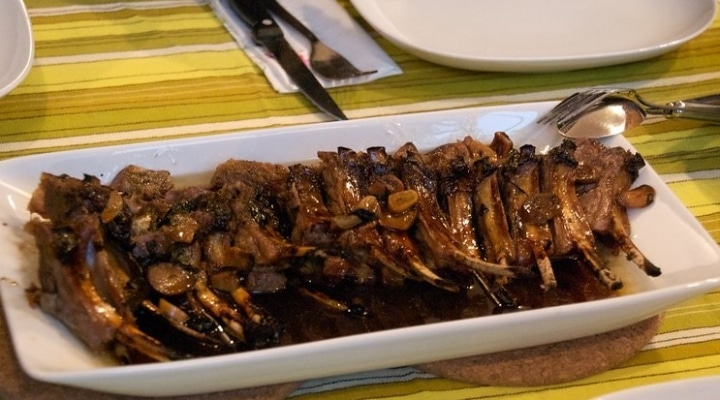 In the last four weeks of the period (June 15 through July 12) pounds of lamb sold increased 29.8 percent compared to the same period one year ago, and lamb dollars spent increased 38.2 percent to $40.5 million. (Stock photo via chispita_666, Flickr/Creative Commons)

WASHINGTON — There’s good news and bad news in this pandemic. The good news is that retail sales of all lamb in the United States are increasing.

“The combination of consumers cooking at home, the desire for new meal options, the hard work by lamb marketers, retailers and American Lamb Board checkoff efforts seem to be opening consumers to lamb’s possibilities, and it shows in the numbers,” says Gwen Kitzan, ALB chair from Newell, S.D.

The latest retail data – analyzed by IRI/FreshLook Marketing, and released by ALB – quantifies the growth in retail sales for all lamb (domestic and imported) through July 12. Retail sales data show pounds of all lamb sold at multi-outlet supermarkets in the United States in the 13-week period from April 20 through July 12, increased 8.6 percent compared to the same period in 2019. That’s 16.3 million pounds of lamb sold and $137.8 million in sales during the quarter.

In the last four weeks of the period (June 15 through July 12) pounds of lamb sold increased 29.8 percent compared to the same period one year ago, and lamb dollars spent increased 38.2 percent to $40.5 million.

The northeast region continues to outsell other areas of the country, accounting for 29.8 percent of lamb dollar sales with a 10.1 percent increase during the same 52-week period one year ago. The southeast and the mid-south came in second and third in percentage of lamb market, but it was California that showed the most impressive growth at 16.7 percent. There, the 13-week second quarter growth came in at 39.5 percent more lamb pounds consumed and 37 percent more dollars spent than the second quarter of 2019, while the four-week period of June 15 to July 12 saw a 60.7 percent increase in pounds consumed and a 64.8 percent increase in lamb dollars spent during the same period in the prior year.

The full Fresh Meat and Lamb Review report for retail sales through July 12, is available for the American lamb industry at https://lambresourcecenter.com/login. Members of the industry can apply for access by completing the online form.

Goat and sheep nutrition webinar this Thursday
May 11, 2021

Tyson raising pay to keep up as US chicken demand soars
May 11, 2021

Indiana Make It With Wool Competition
May 8, 2021