Home » Demand a fix to the fire funding problem 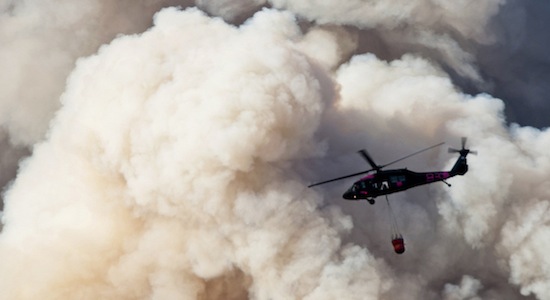 WASHINGTON — U.S. Secretary of Agriculture Sonny Perdue today urged State Foresters to join in calling on Congress to address the way the U.S. Forest Service is funded. Currently, the agency has to borrow money from prevention programs to combat ongoing wildfires. Secretary Perdue believes Congress should treat major fires the same as other disasters and be covered by emergency funds so prevention programs are not raided. Secretary Perdue made his remarks earlier today at the National Association of State Foresters’ annual meeting in Charleston, West Virginia.

“Every one of you has a member of Congress, and you all are well-respected in your states and in your industry. You’ve got influence there,” Perdue told the State Foresters. “I want to implore you to leave this meeting and just write a note to your Congressional delegation saying, ‘Please support the permanent fire funding fix so the U.S. Forest Service can manage its forests in a way to get ahead of these forest fires.’”