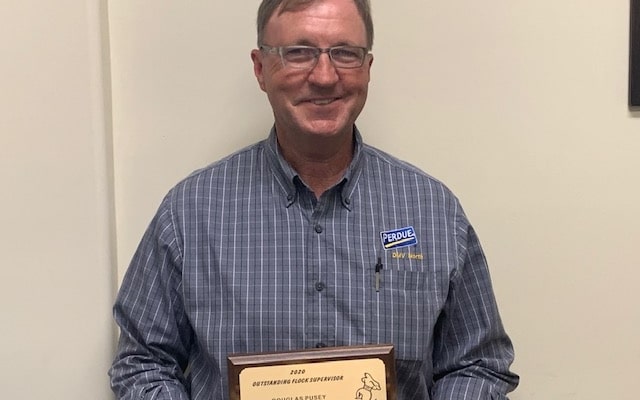 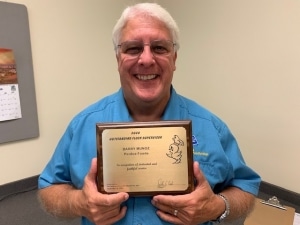 (Barry Munoz, a first-time recipient of the Outstanding Flock Supervisor award, is one of eight supervisors honored this year by Delmarva Poultry Industry, Inc.)

This year flock supervisors have faced challenges like no other. They’ve had to ask growers to do things, like extend growout periods on little notice, that would never be asked during a ‘normal’ year,” said Dale Cook, DPI’s president. “To many growers, you are the company, and you’re building relationships with your growers. Many growers look to you as a friend. And you are doing all of this while dealing with the company’s needs, both to meet consumer demand and to match production capacity.”

“Flock supervisors make critical connections between a chicken company and an independent family farmer,” said Holly Porter, DPI’s executive director. “We’re proud of these honorees, whose work is vital for the success of the whole chicken community.”
Delmarva Poultry Industry, Inc. is the Delmarva chicken industry’s voice as the premier membership association focusing on advocacy, education and member relations. For more information, visit dpichicken.org; like DPI on Facebook; and follow us on Twitter and YouTube.

Don’t get burned when buying firewood