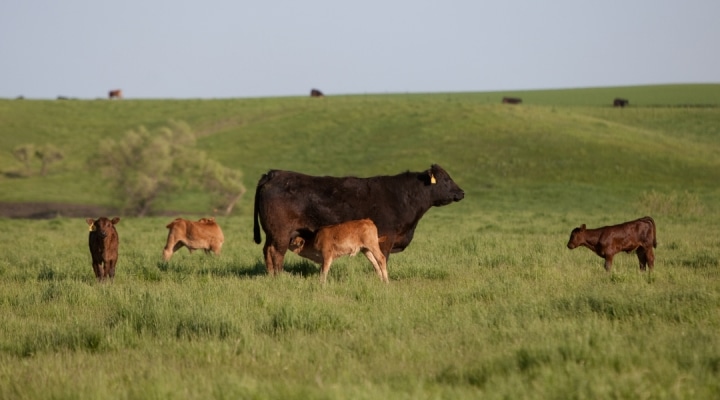 Losing an animal is never easy, especially when it feels as if it happened out of the blue. One culprit may be enterotoxaemia, more commonly referred to as overeating disease. (Boehringer Ingelheim)

DULUTH, Ga. — Losing an animal is never easy, especially when it feels as if it happened out of the blue. One culprit may be enterotoxaemia, more commonly referred to as overeating disease.

“Some cattle may show clinical signs of depression, go off feed, become lethargic, and possibly have scours, but most often overeating disease causes sudden death,” said DL Step, DVM, Boehringer Ingelheim. “It can be extremely challenging to diagnose and treat the disease before it’s too late, so it’s critical to have preventive measures in place.”

Disease risk also depends on the type of operation or phase of production cattle are in. When developing a management and prevention game plan for your herd, consider the following strategies:

Clostridial organisms are normally found in small numbers in a calf’s digestive tract. If a sudden or abrupt change in the animal’s environment occurs, such as a calf being separated from its dam for an extended period, the calf may consume an excess amount of milk when reintroduced to its dam. The clostridial organisms may then start to reproduce and release toxins that could be deadly to the calf.

“Overeating disease in older cattle is typically related to a higher carbohydrate or starch diet,” added Dr. Step. “High levels or quantities of carbohydrates can result in the proliferation of clostridial bacteria, producing potent toxins.”

Dr. Step recommends introducing feeds gradually and being aware of diet consistency in order to prevent the disease.

Defense is the best offense

To reduce the risk of fatalities caused by overeating disease, Dr. Step recommends vaccinating with a single-dose, seven-way clostridial vaccine. A single-dose vaccine not only decreases labor costs and logistical challenges, but also lessens stress on a herd.

Vaccinating calves early in life will promote immunity to the toxin and protect calves. It is also recommended to vaccinate dams at pregnancy to help improve colostrum to get the calf off to a strong start.

“Problems can occur when producers stop vaccinating their cattle against clostridial diseases. It is easy to become more relaxed about preventive health protocols following a period without observing the disease,” continued Dr. Step. “With death usually being the first clinical sign of the disease, it is critical to continue vaccinations to keep your herd protected.”

Calves vaccinated under 3 months of age should be revaccinated at weaning or 4-6 months of age. Work with your veterinarian to create a prevention plan that fits your operation’s management style.