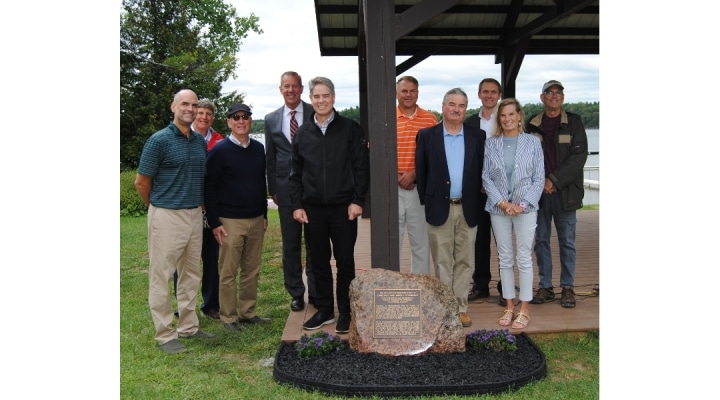 Friends, family members and community leaders honored the Fitzpatricks with the dedication of the recently constructed beach pavilion. A stone and plaque were placed adjacent to the pavilion to commemorate the couple’s contributions and support for the organization. (Courtesy Photo)

JEFFERSON CO., N.Y. — The Board of Directors of Cornell Cooperative Extension of Jefferson County held a dedication ceremony at 4-H Camp Wabasso honoring Carolyn and Jim Fitzpatrick. The event recognized Carolyn’s 20 years of service on the Cooperative Extension Board as the representative from the Jefferson County Board of Legislators. It also honored Jim Fitzpatrick’s many years of support for 4-H Camp Wabasso. Friends, family members and community leaders honored the Fitzpatricks with the dedication of the recently constructed beach pavilion. A stone and plaque were placed adjacent to the pavilion to commemorate the couple’s contributions and support for the organization. 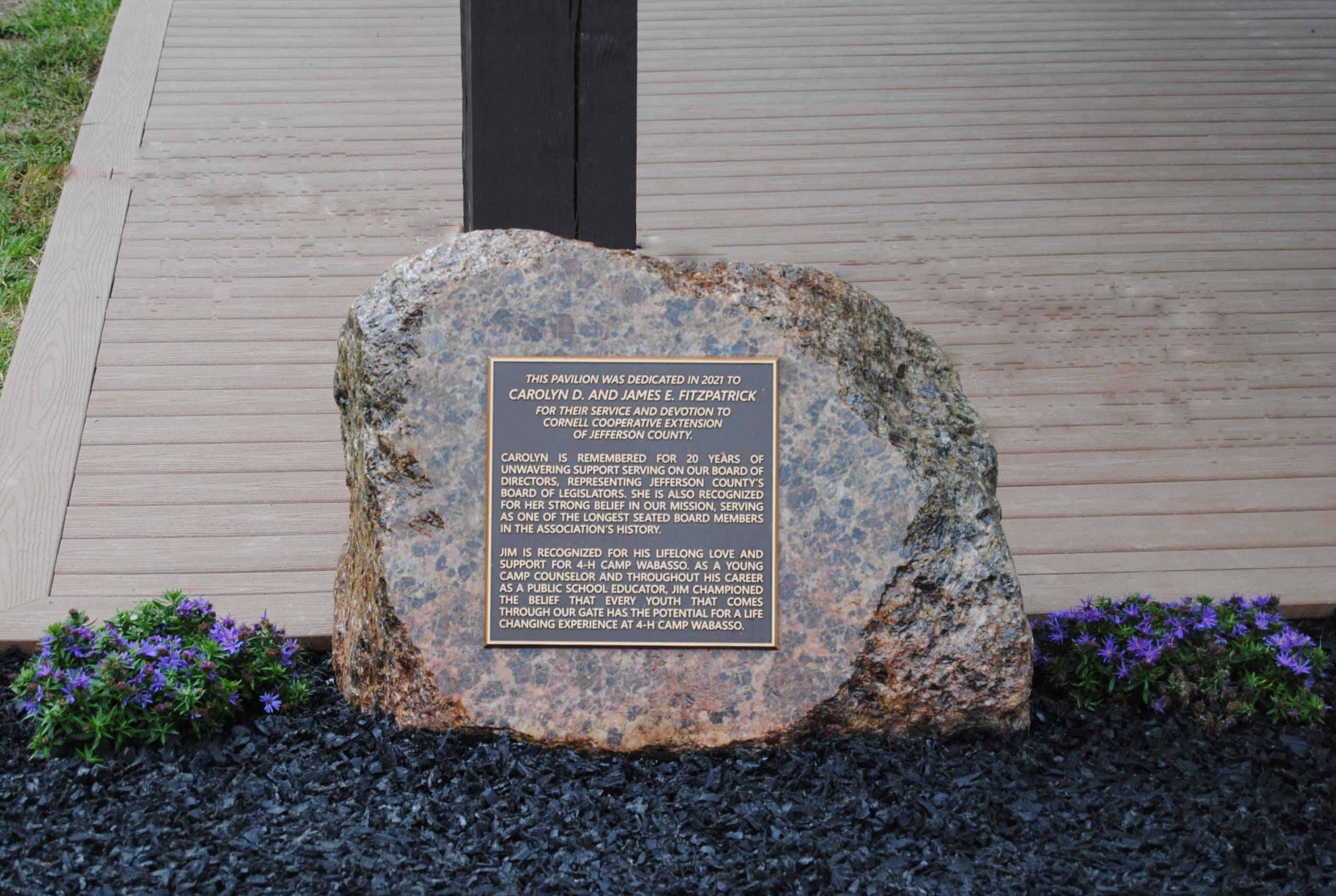 4-H Camp Wabasso was established in 1950 and is currently the only overnight summer residential youth camp in Jefferson County. It has operated every year since, with 2020 being the only exception due to the mandatory closure of all summer youth camps as a result of the pandemic. Cooperative Extension took that summer of closure as an opportunity to complete several renovations and upgrades, and to construct the beach pavilion.

Several people spoke at the event recounting the significant impact Carolyn and Jim had on the Association, on Camp Wabasso, and in the community.

Scott Gray, chairman of the Jefferson County Board of Legislature spoke about Carolyn’s years as a legislator and chairwoman noting, “Carolyn was the maternal instinct of our board.”

Sherry Wilson, past board president and past camp director recounted the years when Jim was a camp counselor in the early 1970’s at Camp Wabasso and later, his years as a public-school educator and his many years serving on the Association’s Camp Committee.

Jimmy Dowd, brother of Carolyn, spoke fondly about his Irish twin in her early years as a natural born leader, affectionately referring to her as “the boss”. He explained how those natural traits contributed to her lifelong ability to make a profound impact on countless numbers of people in Jefferson County, describing this as “tending to her flock.”