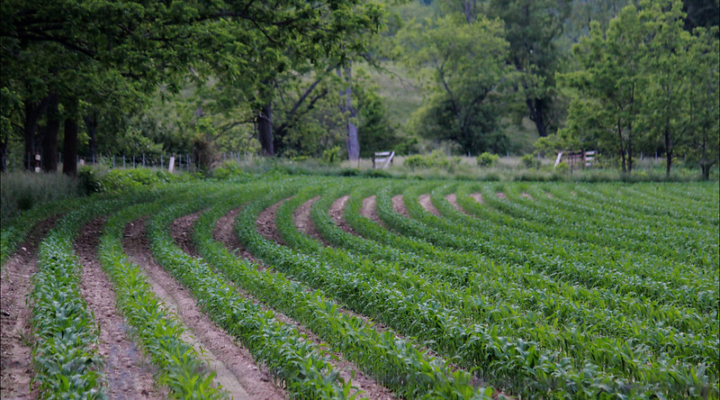 University of Delaware’s Jeffrey Caplan, associate professor of plant and soil sciences in the College of Agriculture and Natural Resources, is leading an interdisciplinary team of researchers focused on doing their part. (photo by Laine MacWilliam, creative commons/flickr.com)

NEWARK, Del. — Creating hardy crops to feed and fuel the world’s growing population requires many hands — and minds — to accomplish.

University of Delaware’s Jeffrey Caplan, associate professor of plant and soil sciences in the College of Agriculture and Natural Resources, is leading an interdisciplinary team of researchers focused on doing their part.

Armed with $2.25 million in new funding from the U.S. Department of Energy (DOE), the UD-led research team is studying how cells use microscopic packages filled with information to communicate within plants, and between plants and pathogens, in hopes of unlocking new approaches to developing crops that are resilient to disease and other stresses.

The work also could play a role in reengineering plants and microbes to improve biofuel production.

In particular, the research will focus on studying the interactions between sorghum, a drought-resistant cereal grain that is used in food, livestock feed and ethanol, and one of its most serious pathogens, Colletotrichum sublinoleum.

The project is one of six selected nationally by DOE to develop new approaches to microscopic imaging of plants and microbes, with the goal of advancing bioenergy research. Participating on the project from UD are Caplan, Kun Huang, research associate, and Mona Batish and Matthew Hudson, both assistant professors in UD’s College of Health Sciences. The UD-led team also includes collaborators from Indiana State University and the Danforth Plant and Science Center.

Quantum dots
Recent research has shown that extracellular vesicles play a central role in how cells communicate. Cells put together these microscopic “packages” to deliver messages, or signals, to other cells.

Scientists have learned a lot about how this cell-to-cell communication occurs. They know that both plants and fungi generate these packages to communicate, in part, by transferring regulatory molecules known as small ribonucleic acids (sRNAs) from one cell to another. What remains unknown, however, is how plants and fungi deliver these packages and where, exactly, the messages they contain end up.

To find out, the UD-led research team will develop technologies to track the movement of extracellular vesicles and their cargo using quantum dots — teeny-tiny crystals made of semiconductor materials that will “light up” under a special microscope.

According to Caplan, quantum dots are a perfect fit for this research because they offer superior brightness, remain stable when subjected to light and can be custom-sized for different applications. They can be detected by both magnetic resonance imaging and electron microscopy, too.

The research team will use quantum dots as a scaffold to build fluorescent sensors to more precisely detect and measure small RNAs. They also plan to use quantum dots to transfer the sensors through the cell membrane and into the extracellular vesicle using electricity.

The researchers plan to isolate extracellular vesicles from both sorghum and its pathogen to get a look at the specific combination of small RNAs and proteins present in each. Knowing this information will help the research team better understand how diverse extracellular vesicles are, how they are absorbed or “taken up” by recipient cells and how they move within a plant.

“The aim is to leverage quantum dot technology to provide a more detailed picture of how living things conduct internal communications and send messages to other organisms,” said Caplan, who also directs the Bio-Imaging Center at the Delaware Biotechnology Institute.

The Bio-Imaging Center is among the core facilities that will soon be available on UD’s Science, Technology and Advanced Research (STAR) Campus when DBI moves to the Ammon Pinizzotto Biopharmaceutical Innovation Center in 2020.

–Karen B. Roberts, University of Delaware