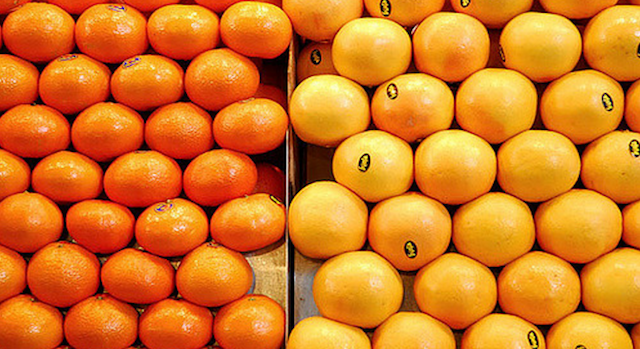 Before the hurricane, the Florida Department of Citrus expected more than 75 million boxes worth of oranges on the trees this season, said executive director Shannon Shepp in a statement. Now, she said, they have "much less." (chriscom, Flickr/Creative Commons)

VANCOUVER — The price of a mimosa at brunch or bag of oranges at the grocery store may jump in the coming weeks, experts say, after hurricane Irma left some of the state’s citrus producers completely depleted.

“If you take a big chunk out of our supply, it means that prices are going to go up,” said Michael von Massow, an associate professor at the University of Guelph.

Hurricane Irma led to dozens of deaths in the Caribbean and southeastern United States, and left more than one million homes and businesses without power in Florida.

“It is devastating. It has decimated our industry,” said Adam Putnam, the state’s commissioner of agriculture, at a Florida citrus commission meeting last week.

“The path of this storm could not have been any worse for Florida agriculture and Florida citrus, specifically.”

In the state’s south-west, about 70 to 100 per cent of orange crops were lost, he said.

Before the hurricane, the Florida Department of Citrus expected more than 75 million boxes worth of oranges on the trees this season, said executive director Shannon Shepp in a statement.

Now, she said, they have “much less.”

Last year, Canada imported nearly nine-million kilograms of oranges worth more than $10 million from Florida, according to Statistics Canada. The country also brought in about $39 million worth of orange juice, according to Agriculture and Agri-food Canada.

So far, Joe Siegal has been ordering oranges from California for his company Hilite Fine Foods Inc., a Toronto-based wholesale produce supplier.

But in about two to three weeks, Siegal said, he would typically start ordering the fruit from Florida and that’s when he expects citrus prices will rise.

“Once we need them, then the problem will start.”

Von Massow estimates the price hike will be more than five pre cent, but is likely to happen gradually.

Companies won’t want to bump prices too much and tempt budget-conscious consumers to switch to other alternatives — like apples or apple juice, he said.

Once people shift to another product, it’s hard to bring them back even if prices eventually fall, said von Massow, who teaches University of Guelph’s food, agricultural and resource economics department.

It could be even tougher considering orange juice has been falling out of favour as a beverage of choice for some time now, he said, as lifestyle changes, for example, mean fewer people sit down for a traditional breakfast most days.

Also unclear is for how long oranges and orange juice will be more expensive, as the full extent of the damage is still unknown.

“We don’t know what the long-term damage to these trees (is),” said von Massow.

If farmers have to replant trees, the supply shortage could extend well beyond one season, he added.

For Siegal, one thing is clear as the world grapples with climate change: “The produce industry is really going to be changing.”

More produce will be grown under glass, he said, adding he’s increasingly asking his tomato grower to build more greenhouses. Produce grown in greenhouses provides the peace of mind of nearly guaranteed supply and quality, Siegal said, rather than fighting volatile climates.