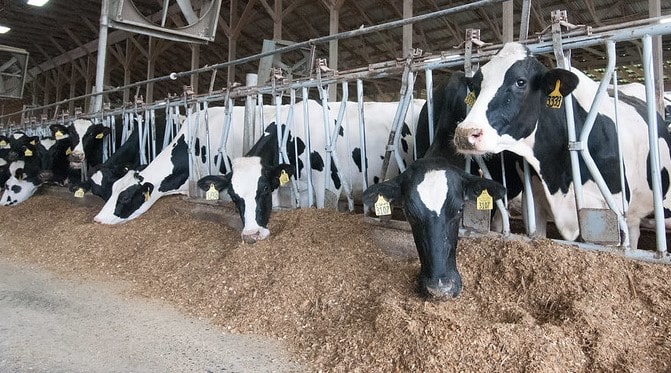 Dairy farmers say the resolution is clear. Products should be labeled as milk only if they are derived from a lactating animal. (U.S. Department of Agriculture, Public Domain)

WACO, Texas — The U.S. Food and Drug Administration has a decision to make on milk labels. The agency has wrestled with the issue for more than a year. The question is how to handle the labeling of plant-based products as dairy products or plant-based beverages as milk.

Dairy farmers say the resolution is clear. Products should be labeled as milk only if they are derived from a lactating animal.

The mislabeling of nut- and plant-based beverages as “milk” can also confuse consumers from a nutritional equivalency standpoint. For example, one serving of traditional milk contains eight grams of protein, while many nut- and plant-based beverages have a lower protein content. A survey found that 53 percent of respondents stated they believed plant-based food manufacturers label their products “milk” because their nutritional value is similar—although it is not.

There’s no question consumers have a right to dairy-free products from an allergy, intolerance or personal dietary preference perspective. But potential consumer confusion must be addressed. Nut- and plant-based beverages are marketed as milk, and sold in the milk case, right alongside traditional milk.

FDA already has rules and a clear process for handling this issue: If the modified food is nutritionally inferior, it must bear the word “imitation.” Even if the food is not nutritionally inferior, it must bear either the words “substitute,” “alternative” or another appropriate term. These terms give consumers the information they need, while maintaining nutrition and labeling integrity.

It’s time for FDA to decide on milk labeling and call it what it is. Consumers and dairy farmers have a right to know.