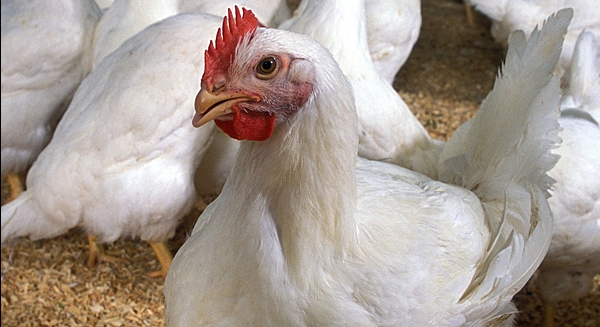 Federal and state authorities say a case of avian influenza has been detected in a flock of commercial broiler chickens in Kentucky near the state’s border with Tennessee. (Wikimedia Commons)

FRANKFORT, Ky. — Federal and state authorities say a case of avian influenza has been detected in a flock of commercial broiler chickens in Kentucky near the state’s border with Tennessee.

“The Kentucky Department of Agriculture is working closely with animal health officials at both the federal and state government to contain these incidents of avian influenza,” Agriculture Commissioner Ryan Quarles said. “Protecting the health of livestock and poultry in the commonwealth is a top priority of the Kentucky Department of Agriculture. We encourage everyone to visit kyagr.com/HPAI for additional information and updates as they come.”

Highly pathogenic avian influenza (HPAI) is known to be deadly for domesticated chickens and turkeys. On Feb. 11, a commercial chicken operation in Fulton County alerted the Kentucky Department of Agriculture of an increase in poultry deaths. Testing at the Breathitt Veterinary Center and the USDA’s National Veterinary Services Laboratories (NVSL) confirmed the presence of HPAI in samples from the commercial chicken operation. The Breathitt Veterinary Center Laboratory also obtained a non-negative avian influenza test result on the samples from a Webster County turkey flock, and NVSL confirmation is pending.

“We are working diligently to prevent this virus from spreading to other poultry premises,” Dr. Flynn said. “We have activated our Avian Influenza response plan and are in active communication with state, federal, and industry partners. We encourage interested parties to sign up for significant updates at kyagr.com/HPAI.”

Avian influenza does not present a food safety risk; poultry and eggs are safe to eat when handled and cooked properly. There is no risk to the food supply, but birds from the flocks will not enter the food system. No human cases of avian influenza viruses have been detected in the United States.

State officials quarantined the affected premises. Federal and state partners are working jointly on additional surveillance and testing of commercial and backyard poultry flocks in the area and have established an incident command center in Fulton County to continue gathering information.

The KDA has also established a 10 kilometer surveillance zone around the detected properties to determine if there are any further detections. The surveillance zone in Fulton County dips into Obion County in Tennessee due to Fulton County’s location on the border of the state line. The Tennessee Department of Agriculture (TDA) is coordinating with the Kentucky Department of Agriculture on the incident response.

“It’s critical that we work together to prevent the spread of this virus,” Tennessee State Veterinarian Dr. Samantha Beaty said. “We will begin testing and surveillance of commercial and backyard flocks within the surveillance zone immediately. In Tennessee, poultry owners should report unexpected deaths to the State Vet’s office.”

Information on Tennessee’s response to Avian Influenza can be found on its website at: tn.gov/agriculture/businesses/animals/animal-health/avian-influenza.html.

Indiana reported a case of HPAI in a commercial turkey flock in Dubois County last week. It was the first case in a commercial flock in the United States since 2020. In USDA’s notification announcing HPAI in Kentucky, the federal agency also announced identification of the virus in a backyard flock of mixed species birds in Fauquier County, Virginia. Low pathogenic avian influenza was last identified in commercial flocks in Kentucky in 2017.

Anyone involved with poultry production from a small backyard to a large commercial producer should review their biosecurity activities to ensure the health of their birds. APHIS has materials about biosecurity, including videos, checklists, and a toolkit available as part of its Defend The Flock program.

In addition to practicing good biosecurity, all bird owners should prevent contact between their birds and wild birds. Kentucky bird owners should report sick birds or unusual bird deaths to state and federal officials, through USDA’s toll-free number at 1-866-536-7593. In Tennessee, poultry owners can report to the USDA number or directly to the TDA at 615-837-5120.

Additional information on biosecurity for backyard flocks can be found at http://healthybirds.aphis.usda.gov.

Kentucky’s poultry industry ranks seventh in the nation for broiler production. In 2020, Kentucky’s production from boilers and eggs brought in an economic impact of $856 million.

In Tennessee, more than 600 family farms contribute to the commercial poultry industry. Tennessee is a leader for primary breeders, producing more than 98 percent of the poultry genetics found worldwide. Broiler chickens are among the state’s top commodities, generating $376.2 million in cash receipts in 2021.