Home / National / Deadline extended for ‘Product of U.S.A.’ comments
A new user experience is coming! We'll be asking you to login to your Morning Ag Clips account March 1st to access these new features.
We can't wait to share them with you! Read more here. 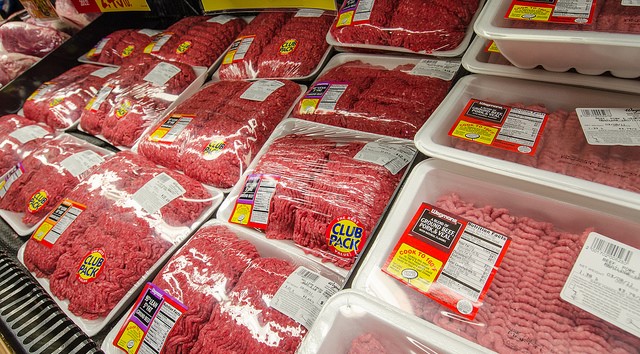 The OCM and AGA joint petition, filed on June 12, 2018, would restore the original FSIS handbook definition of “Product of U.S.A.,” which was based on the origin of the ingredients being labeled. (U.S. Department of Agriculture, Public Domain)

WASHINGTON — Citing “significant interest from stakeholders,” the United States Department of Agriculture Food Safety Inspection Service approved a request from the Organization for Competitive Markets and American Grassfed Association to extend the public comment period for the groups’ petition to stop imported meat from being mislabeled “Product of U.S.A.” The new deadline for comments is Sept. 17 at 11:59 p.m. EST.

The OCM and AGA joint petition, filed on June 12, would restore the original FSIS handbook definition of “Product of U.S.A.,” which was based on the origin of the ingredients being labeled. Sometime between April 1985 and August 2005 the ingredient-based standard was repealed by FSIS and replaced with an undefined processing standard. Following the repeal of mandatory Country of Origin Labeling in 2015, global meatpacking corporations began abusing the label by misbranding meat and meat products from foreign countries as “Product of U.S.A.” after moving them through USDA-inspected processing plants.

The proposed policy change has received almost exclusively positive comments from a wide-ranging base of nearly 2,000 farm and food stakeholders. Supportive comments were submitted by farm organizations including National Farmers Union, National Family Farm Coalition, and U.S. Cattlemen’s Association; more than 50 members of the National Sustainable Agriculture Coalition, including Farm Aid and Union of Concerned Scientists; policy and community organizations, including the Institute for Agriculture and Trade Policy and Western Organization of Resource Councils; United Food and Commercial Workers, a leading labor organization; The Humane Society of the United States, a leading animal welfare organization, and businesses including Natural Grocers and Strauss Brands. Comments submitted by individual farmers and consumers have been overwhelmingly positive. In the minority are a couple of organizations whose representation and interests lie with multinational meatpacking corporations that profit from the deceptive standard.

In a video posted on OCM’s Facebook page this past week, consumers’ outrage over the misbranding of the origin of meat is clear as grocery shoppers are told the “Product of U.S.A.” label does not mean the meat products actually originate from the U.S.A.

OCM and AGA encourages everyone to take action by filing comments before the new Sept. 17 deadline.

Near 2 million acres on fire in the United States