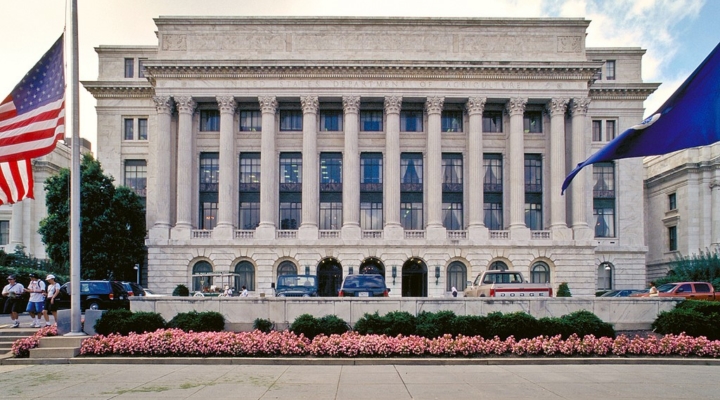 WASHINGTON — U.S. Secretary of Agriculture Sonny Perdue today announced an extension of the deadline for interested parties to submit an expression of interest to house the headquarters of the Economic Research Service (ERS) and the National Institute of Food and Agriculture (NIFA).  The original deadline of September 14, 2018 has been moved back 30 days to October 15, 2018.  The extension is in response to stakeholder requests for more time to prepare and submit proposals for hosting ERS and NIFA.  A notice of the extension will appear in the Federal Register in the coming days.

“There has been considerable interest in housing the headquarters of NIFA and ERS, expressed by universities and localities from around the country,” Perdue said.  “Some stakeholders have relayed concerns about staff summer vacation schedules interfering with the preparation of proposals, and some have asked for more time to have their plans approved by boards of regents, city councils, or other governing bodies. An extra 30 days will give everyone time to get organized and will not interfere with our timeline.”

In August, Perdue announced that ERS and NIFA would be moving to outside the National Capital Region by the end of 2019 and invited interested parties to submit proposals.  It is possible that ERS and NIFA will be co-located when their new homes are found and a contingent of the agencies will remain in the National Capital Region.  As part of the change, ERS will again be aligned with the Office of the Chief Economist under the Office of the Secretary.

USDA is undertaking the relocations for three main reasons:

Under the plan, no ERS or NIFA employees will be involuntarily separated. Every employee who wants to continue working will have an opportunity to do so, although that will mean moving to a new location for most. Employees will be offered relocation assistance and will receive the same base pay as before, and the locality pay for the new location. For those who are interested, USDA is seeking approval from the Office of Personnel Management and the Office of Management and Budget for both Voluntary Early Retirement Authority and Voluntary Separation Incentive Payments.

“Not very much agriculture goes on in Washington, D.C., so it makes sense that most of our people work in settings outside our capital city,” Perdue said.  “From the day I arrived at USDA, I have stressed that we aim to be the most effective, most efficient, most customer-focused department in the entire federal government. In some cases, that means changing the way we do business and interact with our customers and stakeholders.”

Perdue previously announced other significant changes at USDA. In May 2017, USDA created the first-ever Undersecretary for Trade and Foreign Agricultural Affairs and reconstituted and renamed the new Farm Production and Conservation mission area, among other realignments. In addition, in September 2017, Perdue realigned a number of offices to improve customer service and maximize efficiency. Those actions involved innovation, consolidation, and the rearrangement of certain offices into more logical organizational reporting structures.