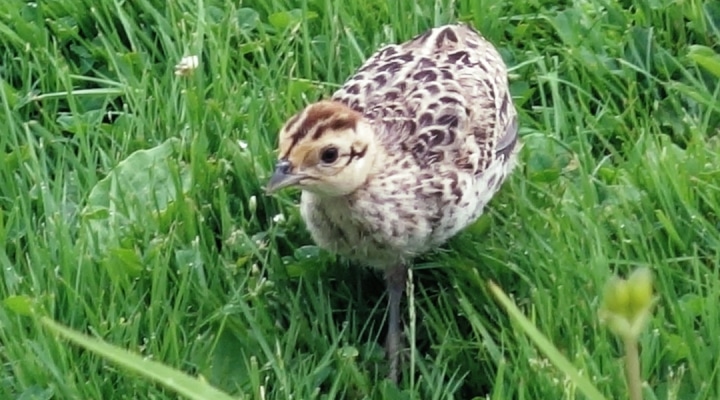 Pheasant chicks are available at no cost to participants who are able to provide a brooding facility, covered outdoor rearing pen, and adequate release site. (Admitter, Flickr/Creative Commons)

SENECA CO., N.Y. — Interested in lending a hand to wildlife conservation? Seneca County Cornell Cooperative Extension is working with the New York State Department of Environmental Conservation to provide day-old pheasant chicks to 4-H youth and other groups and organizations. The Day-Old Pheasant Chick Program is a conservation program aimed at increasing pheasant populations for the benefit of hunting, birdwatching, and youth development. The DEC’s Bureau of Wildlife owns and operates the Richard E. Reynolds Game Farm in Ithaca, the state’s only pheasant production facility. Approximately 40,000 day-old chicks are hatched and distributed here each year.

Pheasant chicks are available at no cost to participants who are able to provide a brooding facility, covered outdoor rearing pen, and adequate release site. All birds must be released on lands open for public hunting. Program participants may include 4-H Youth, sportsmen’s clubs, landowners, farmers, schools, NYS Department of Corrections, and others.

To order pheasant chicks, contact Seneca County CCE by email at seneca@cornell.edu or phone at 315-539-9251. The deadline to order is Thursday, March 24th. Participants will be notified of the pickup date in early May, and can expect to recieve their chicks at the Seneca County CCE office later that month.