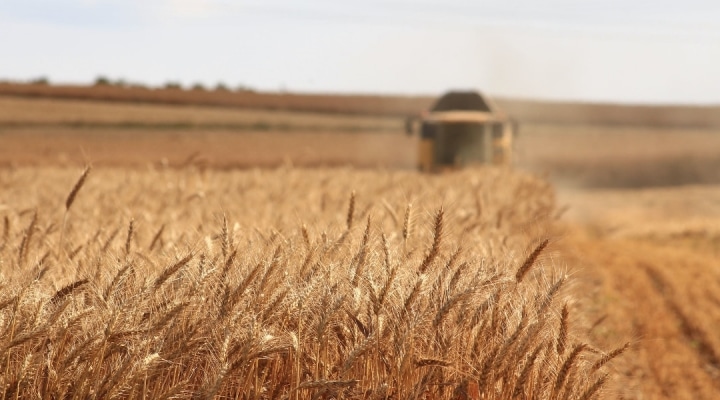 The combination of triple digit temperatures and a steady Kansas summer breeze means wheat harvest is progressing quickly across the state. (Photo by meriç tuna on Unsplash)

The combination of triple digit temperatures and a steady Kansas summer breeze means wheat harvest is progressing quickly across the state.

Farmers Coop Grain Association in Conway Springs reported initial wheat cutting started last Friday in Sumner County, but harvest did not fully take off until this Monday. Farmers are reporting some disease pressure from stripe rust. With about a week to go, yields are similar to last year with test weights at 60 pounds per bushel or above.

Beachner Grain covers the southeastern portion of the state, where farmers produce both hard and soft red winter wheat. The area did not have much wheat production in the last two years but saw rebounding acreage this year, especially for soft red winter wheat, which now represents roughly a third of planted acres in the area.

President & CEO Gary Beachner reported harvest started on Monday in Labette and Wilson counties and spread to Montgomery, Neosho and Allen counties on Tuesday. It wasn’t until Wednesday, however, when harvest across the area really got rolling.

He echoed that the hot, dry, windy weather is helping dry down the wheat, reporting moistures consistently around 12 percent and test weights averaging 61 pounds per bushel. Southeastern Kansas did have considerable rain and cool weather in May, leading to isolated pockets of fusarium — mostly where double-cropped wheat followed corn. Wet weather and disease pressure are leading to protein levels a little lower than last year.

“Early protein reports in south central Kansas have been variable, but lower than average and slightly lower than last year with averages from 10-11.5 percent,” said Justin Gilpin, Kansas Wheat CEO.

“We’ve heard of fields early this harvest on the low end of the range but a few as high as 12 percent,” said Gilpin. “According to our farmers, this early variability is due to weather impacts and management factors.”

Tim Turek, who farms north of South Haven in Sumner County, is also seeing this variability, with protein levels between nine and 13 percent, depending on individual field management. He did apply liquid fertilizer at an application rate of 100 pounds per acre.

Turek took in his first load on Tuesday and reported yields averaging around 55 bushels per acre, but he expects to see higher yields as his harvest progresses over the next week. 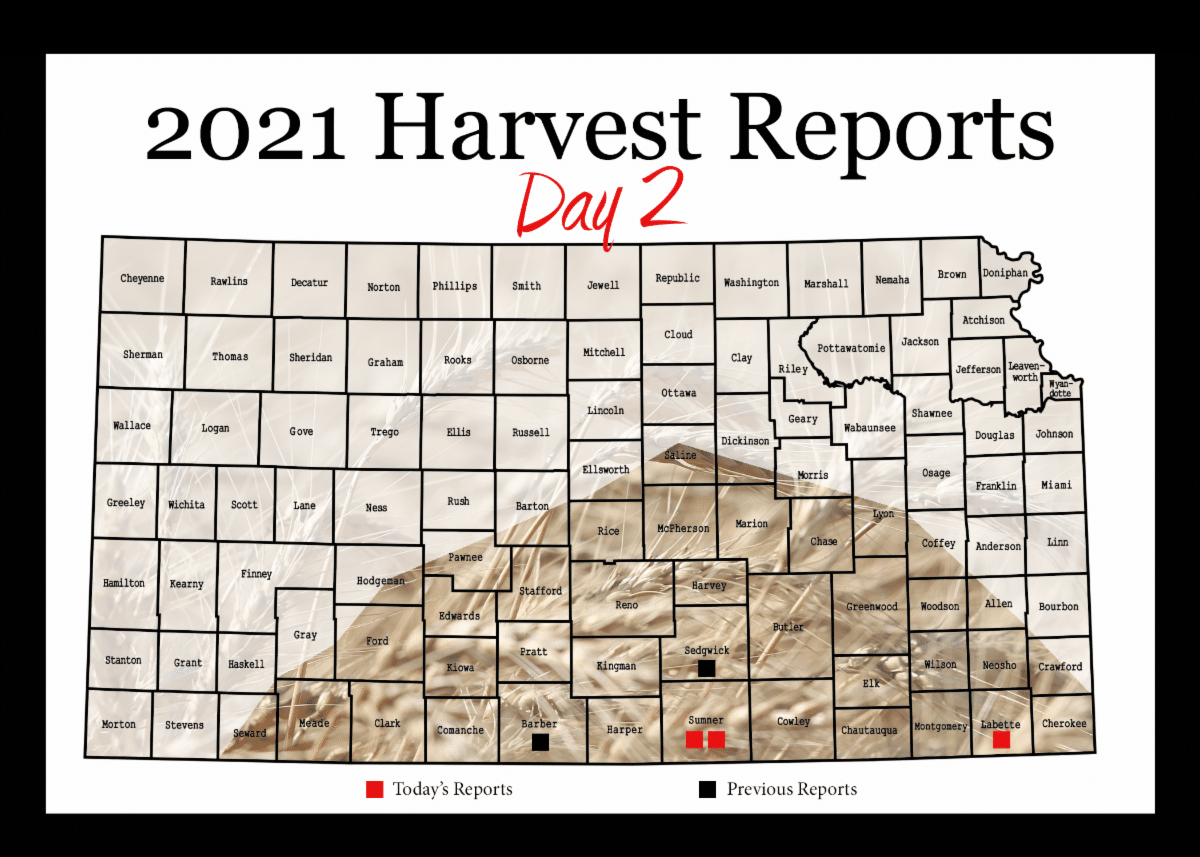