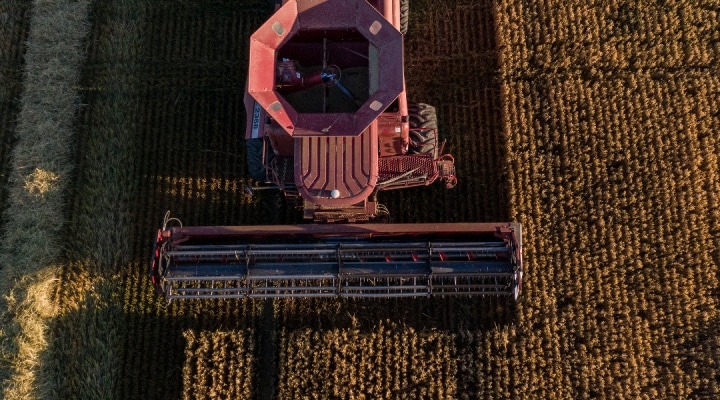 Some test cutting began over the weekend and into the first part of the week, but by Wednesday, harvest was in full swing in south central Kansas. (Stock photo via U.S. Department of Agriculture, Public Domain)

In the weekly Crop Progress and Condition report, USDA National Agricultural Statistics Service noted 18 percent of the wheat crop was mature as of June 13, behind 28 percent last year at this time. Statewide, the agency rated the wheat crop’s condition at 64 percent good to excellent, 25 percent fair and 11 percent poor to very poor.

Rains delayed the start of harvest in Texas, and custom harvesters were slow to move through Oklahoma. But with the extreme heat this week, many of them are moving into the southern portions of Kansas. Some test cutting began over the weekend and into the first part of the week, but by Wednesday, harvest was in full swing in south central Kansas.

Ernie Theilen with OK Coop Grain Co. in Kiowa, reported wheat harvest in Barber County started on June 12, but it is just now picking up speed, with custom cutters starting to arrive in the area. Initial yields are down a bit from last year, but quality is comparable.

Theilen said this year’s growing season was decent with less impact than expected from the Arctic freeze, due to sufficient moisture or ground cover. Overall, he expects to see an average to above-average crop by the time harvest is complete.

Scott Van Allen, who farms near Clearwater in Sedgwick County, also is reporting an above-average wheat harvest, with yields averaging around 50 bushels per acre, moisture between 10 and 11 percent and test weights above 60 pounds per bushel.

“The wheat is harvesting nice and the straw is ripe, so it’s not flashing hard at all,” he said. “Harvest is going really well.”

He has cut 600 acres since starting on Monday. A dry spell in April hurt yields some, especially in the double-cropped fields he has yet to cut. He also reported strong rust in fields where he was unable to apply fungicide. He expects to finish up wheat harvest by the first part of next week.

Early reports on protein content are highly variable, affected mostly by how the fields were managed. Once more acres are cut, protein averages should be more readily available. 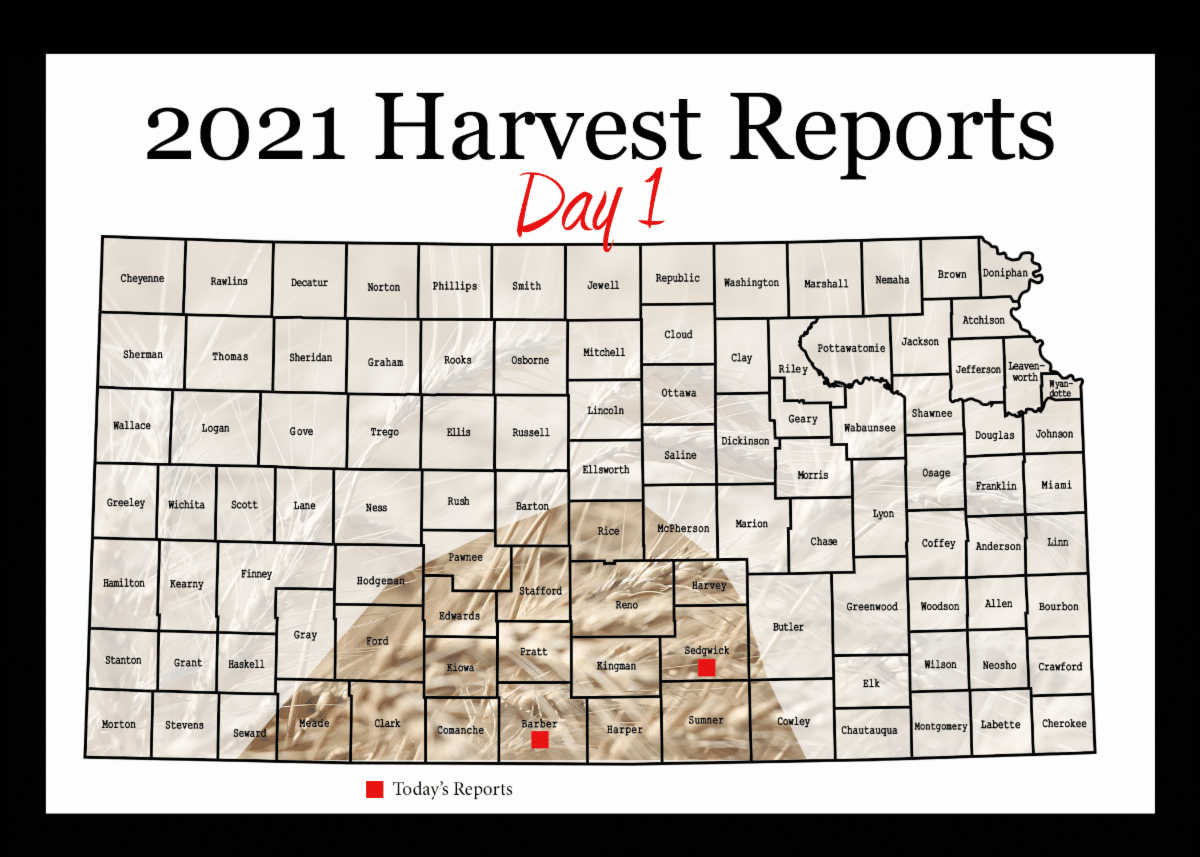