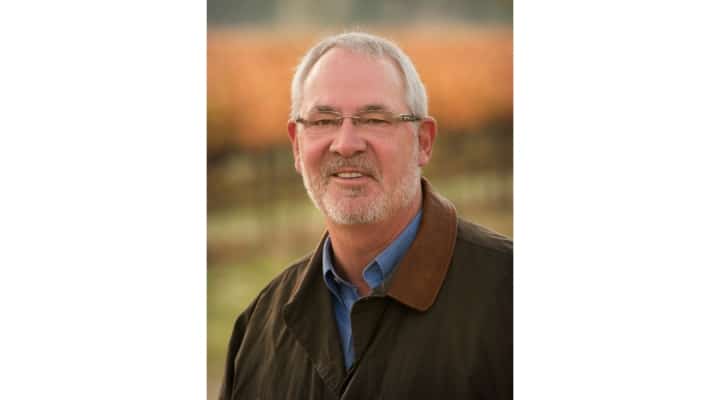 Over the years, David Ramey has helped pioneer traditional, artisan winemaking techniques in California during a period when making wine by the University book was the norm. (Courtesy Photo)

SANTA ROSA, Calif. — Sonoma County Vintners will bestow its very first Lifetime Achievement Award to legendary winemaker David Ramey as part of the Sonoma County Barrel Auction (SoCoBA) on Friday, May 6, 2022. A new collection of “never before, never again wines” from Sonoma County’s leading vintners will be auctioned at MacMurray Estate Vineyards, providing trade members with wines for resale to their customers and ultra-premium wine collectors across the country and around the world. This exclusive auction is by invitation only for members of the wine trade and media.

“We wanted to honor an individual who has made a significant impact in our wine community, pioneered new techniques with groundbreaking work, elevated Sonoma County and put Sonoma County wines on the world stage,” said Sonoma County Vintners Executive Director Michael Haney. “David Ramey is the perfect person to be our first ever Lifetime Achievement Award recipient. We appreciate his commitment to the Sonoma County wine region and our local community.”

“I am honored to be considered and selected for this award,” said David Ramey. “I was lucky enough to start making Chardonnay in Sonoma County in 1978. It’s very gratifying to still be making wine here all these years later.”

David Ramey, Owner and Winemaker, Ramey Wine Cellars
Over the years, David Ramey has helped pioneer traditional, artisan winemaking techniques in California during a period when making wine by the University book was the norm. Hailed as “Professor Chardonnay” by Wine Spectator, David’s efforts have helped shape the way many wines in the United States, and even in France, are made today. His contributions to modern-day winemaking include pioneering whole-cluster pressing of white grapes; the use of oxidized juice in making white wine; sur lie aging of white wines in barrel; malolactic fermentation of Chardonnay; native yeast fermentations; and bottling without filtration.

David’s groundbreaking work with indigenous yeasts, sur lies aging and malolactic and barrel fermentation yielded a new California style that was richer, more lush and silky smooth than previously known. As a result, he created a benchmark style now emulated by many. “I care about the feel of the wine on the palate above all else,” says David.

David earned a graduate degree from the University of California at Davis, where his 1979 thesis on volatile ester hydrolysis (translation: how aromas evolve in wine) is still used today to understand how wine ages. But shortly afterwards, a stint working for the Moueix family at the renowned Château Pétrus introduced David to the time-honored methods of winemaking in France. He brought his lessons home and applied them to the grapes he found growing in California’s premier wine regions.

Back in California, David helped establish several wineries that would soon become household names. They include Matanzas Creek, Chalk Hill, Dominus Estate (owned by Christian Moueix, of Pétrus) and most recently, Rudd Estate. Ramey Wine Cellars, which David owned with his wife, Carla, was founded in 1996. As of 2021, their children, Claire and Alan, have assumed ownership of the winery and estate vineyard, Westside Farms.

To make great wines, he takes chances. Many are hesitant to use native yeast and bacteria and to bottle without filtration. The resulting wines, though, are praised among colleagues, consumers, and the media alike. Most importantly, they are the wines David dreams of, brought to graceful, delicious life.

David served as Chair of Family Winemakers of California, is on the executive board of Communicating for Agriculture, which provides visas for foreign students to work harvest in the US, and is on the Board of the Sonoma County Vintners and their government relations subcommittee. In addition to managing Ramey Wine Cellars, David enjoys consulting for a select handful of clients in the North Coast.

The health and safety of our guests, vintners, sponsors and vendor partners, volunteers and team are of the utmost importance. In addition to following the most updated policies and protocols from the county and state, we have added additional measures for check-in procedures at auction events. Attendees may view the most updated health and safety protocols for the 2022 Sonoma County Barrel Auction at SoCoBarrelAuction.com.