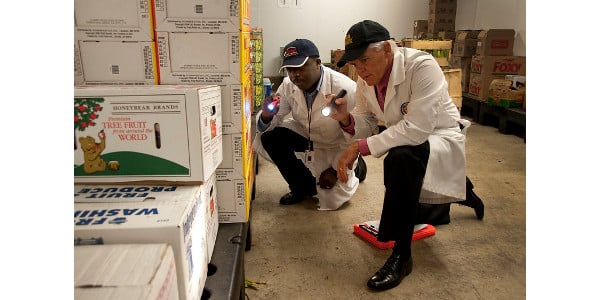 MADISON — Produce Safety staff at the Wisconsin Department of Agriculture, Trade and Consumer Protection (DATCP) will resume modified operations beginning the week of June 29. Routine compliance inspections were halted in March by the U.S. Food and Drug Administration’s (FDA) partial stop work order issued in response to the COVID-19 pandemic.

The FDA lifted the stop work order on June 5, allowing states to resume inspections following the guidance of the Centers for Disease Control and Prevention (CDC) and others. DATCP’s Produce Safety team has developed a return-to-inspection work plan, based on best practices from the national Association of Food and Drug Officials (AFDO), with the goal of providing a safe and consistent approach for staff and produce growers.

Inspections will resume in three phases. During phase one, all staff will use appropriate personal protective equipment, including face coverings. Staff will maintain social distancing of at least 6 feet when possible, sanitize all equipment between inspections, and each staff member will only inspect one farm per day. Details of phases two and three will be released at a later date.

DATCP is partnering with the University of Wisconsin-Madison, Division of Extension to provide produce safety training and on-farm readiness reviews to educate produce growers. Both programs are currently available virtually.

Sign up for email updates for food security grants

State Budget an Opportunity to Organize on Rural Issues
January 25, 2021

Particulars on a pair of produce safety programs
August 11, 2020