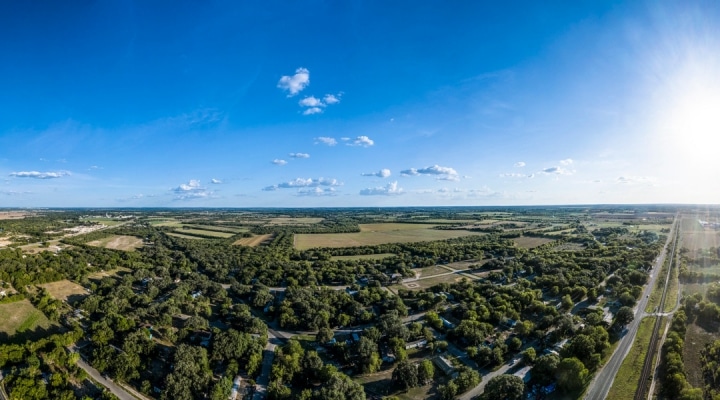 Why, despite the extraordinary productivity of U.S. agriculture, are U.S. farm operators are systematically losing money? (U.S. Department of Agriculture, Public Domain)

ATLANTA — U.S. agricultural systems are world leaders in the production of food, fuel and fiber. This high level of production enables U.S. consumers to spend an average of only 8.6 percent of their disposable income on food, a percentage that has been trending downward since 1960. Growing evidence, however, shows that many hidden costs of cheap food may be passed on through factors such as reduced nutritional content, environmental degradation and the diminishing livelihoods of U.S. farm operators.

A major new study led by Emory University digs deeper into the question of why, despite the extraordinary productivity of U.S. agriculture, U.S. farm operators are systematically losing money. The journal Frontiers in Sustainable Food Systems published the analysis, which drew from publicly available data from the U.S. Department of Agriculture, the U.S. Bureau of Economic Analysis and other sources.

“It’s not that agriculture as a sector is not profitable,” says Emily Burchfield, assistant professor in Emory’s Department of Environmental Sciences and lead author of the study. “It’s that, despite hard work and significant financial risk, many of the people who operate U.S. farms are not able to make a decent living at it.”

“We’ve shown in a quantitative, systematic way the extent to which these trends are happening and, in many cases, how they appear to be worsening,” Burchfield says.

“People who work in the agricultural space already know that it is difficult to make a living as a farmer,” she adds. “In this paper, we’ve cleaned and merged tremendous amounts of data from multiple sources to bring key information together into one place. This allows us to tell a more complete and clear story about how and why this is happening at a national scale.”

The researchers deposited the cleaned and merged data into a free, online repository (https://github.com/blschum/US-Farming-Data-Narrative) so that other agricultural stakeholders can easily access it. They hope that their “one-stop,” centralized data hub on farmer livelihoods will serve as an educational tool and inspire more research into the topic.

The USDA reported in 2020 that the average funds generated by farm operators to meet living expenses and debt obligations, after accounting for production expenses, have been negative for nine out of the last 10 years. In 2017, for instance, median net-cash farm income was $1,035 in the red per farm household in the country.

In many regions of the United States, the authors write, farm operators actually have to pay to engage in the labor- and time-intensive act of operating a farm.

“What we were really surprised to find in the data is that the low, or negative, median farm operator income applies even when you factor in government subsidies,” Burchfield says. “Given that the federal government is subsidizing farming with billions of dollars annually, it raises the question of how we might do so more effectively. How are we going to convince folks to continue growing our food if they are locked into a system where they can’t make money?”

Burchfield’s research combines spatial-temporal, social and environmental data to understand the future of food security in the United States, including the consequences of a changing climate.

Understanding how much income individual farms are losing on average is complicated by farm households often having a family member bringing in income through a non-farm occupation, Burchfield notes. In 2019, the USDA reported that on-farm production contributes to less than 25 percent of farm household income, on average, with the remaining 75 percent earned off-farm. This suggests that many farmers rely on off-farm income to stay afloat.

“Farming is one of the hardest jobs on the planet,” Burchfield says, “and it’s going to get even harder due to climate change. The combination of more gradual shifts in average climate conditions, and the increased prevalence of extreme weather events, presents a serious challenge to farmers.”

These ongoing challenges, the authors argue, require an urgent rethinking of how federal subsidies can play a role in encouraging and supporting new, adaptive approaches to agriculture.

The paper also highlights the lack of diversification among farm operators. Statistically, the “average” U.S. farmer is a 58-year-old white male. Those not identifying as white currently operate about 7 percent of farmland representing just 5 percent of operations. Only 1.4 percent of operators identify as Black, and these operators are heavily concentrated in the Southeast. And, on average, white operators receive twice as much from federal subsidy programs ($14,000 per farm) as Black operators ($6,400 per farm).

“We need better data to track the persistent inequities at the intersection of race, class and livelihoods in the agriculture space,” Burchfield says.

She recommends finding ways to support the diversity of people, plants and practices in the national farm landscape to help address the growing issues of agricultural sustainability and climate change. “Small-scale experimentation and the emergence of grassroots alternatives along with technical innovations are all needed in order to better weather the challenges,” she says.

Burchfield also cites the need for the availability of more fine-scale data on the livelihoods of farmers that goes beyond yields and acreage to cover issues such as access to health insurance. “Farmers are fundamental to our survival, their work is risky and difficult, and ensuring their quality of life is necessary for U.S. agriculture to persist,” she says.

As Burchfield and her co-authors conclude: “Measuring and monitoring agricultural progress using only metrics of production, efficiency and revenue masks the lived realities of the humans operating our farms.”

The research was supported in part by the U.S. Department of Agriculture and the National Science Foundation.