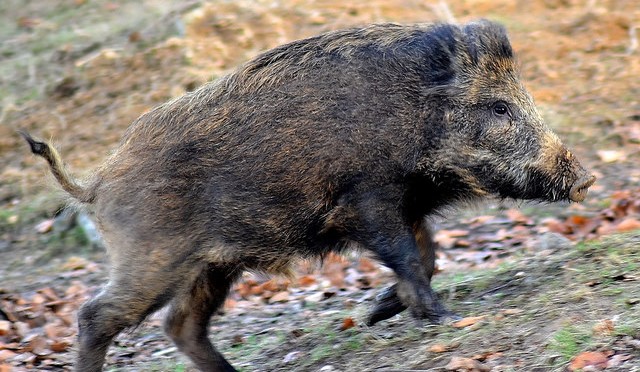 Unlike swine flu, African swine fever doesn't affect humans but it can be deadly for domestic and wild boars, and cause massive losses for farmers. Above: Wild boar in Germany. (Dennis, Flickr/Creative Commons)

COPENHAGEN, Denmark (AP) — Denmark has begun erecting a 70-kilometer (43.4-mile) fence along the German border to keep out wild boars in an attempt to prevent the spread of African swine fever, which could jeopardize the country’s valuable pork industry.

Work on the fence, which will be up to 1.5 meters (5 feet) tall, began Monday in Padborg, 220 kilometers (136 miles) southwest of Copenhagen. It was authorized by Danish lawmakers in June after the government warned that Denmark’s pork exports to non-European Union countries — worth 11 billion kroner ($1.6 billion) annually — could be affected by African swine fever. In 2016, total Danish pork exports were worth about 30 billion kroner ($4.55 billion).

Unlike swine flu, African swine fever doesn’t affect humans but it can be deadly for domestic and wild boars, and cause massive losses for farmers.

Critics say the 30 million-kroner ($4.6 million) fence will harm wildlife and is a symbolic gesture tackling a largely non-existent problem. Danish officials have admitted that wild animals could, in theory, pass through the gaps in the fence where it crosses highways, roads and streams.

No cases of African swine fever have yet been reported in Germany, though they have been in some neighboring countries.

German news agency dpa reported Monday that Jan Philipp Albrecht, the agriculture minister of the neighboring German state of Schleswig-Holstein, as saying the disease is “a serious threat for animals and the pig market.” However, it said he added that “we have significant doubts about the usefulness and necessity of a fence between Denmark and Schleswig-Holstein.”

According to the European statistical agency Eurostat, there are some 150 million pigs in the EU, and 40 percent of them are in Spain and Germany, with significant numbers also in France, Denmark, the Netherlands and Poland.

Denmark is the only EU country where pigs outnumber people, with 215 pigs to every 100 residents.

Geir Moulson in Berlin contributed to this report. 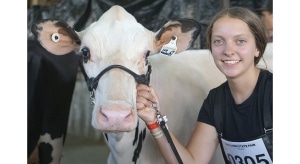 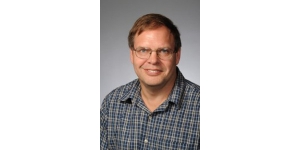 PRIMGHAR, Iowa — There are many issues facing swine producers these days, but risk is nothing new to a pork producer. Feed Prices – Market fluctuations for feed stuffs and market price for the pig has always been there and continues to pressure pork production. Currently, feedstuff prices are troubling as corn prices are relatively […] 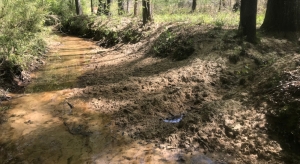