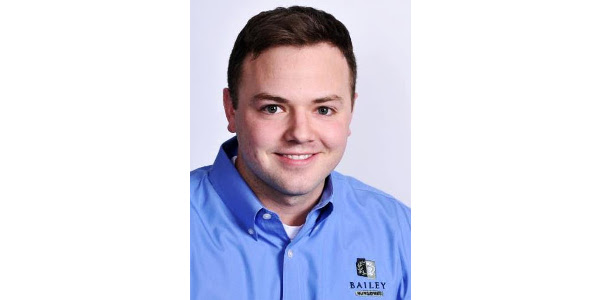 Dan McEnaney has been hired as an Outside Sales Representative for Colorado and the surrounding territory. (Courtesy of Colorado Nursery and Greenhouse Association)

ST. PAUL, Minn. — Dan McEnaney has been hired as an Outside Sales Representative for Colorado and the surrounding territory. McEnaney is a fifth generation Bailey family member and began his career in international business in the fitness industry before joining the family  business over two years ago.

During his time at Bailey Nurseries, McEnaney has provided regional sales and retail  merchandising support for customers before working as an Inside Sales support for three territory representatives. He has supported a variety of customer types from large retailers like  Bachman’s to regional chains like Dan & Jerry’s Greenhouses.

“Dan has done an excellent job in his position and is ready to take the next step in his career,”  said Bailey Nurseries Sales Manager Ted McDonald. “His energy, resourcefulness and  commitment will be a great benefit to his customers, and we look forward to him being on the  road in short time.”

McEnaney will be working with customers in Colorado, western Kansas and Nebraska, New  Mexico and Arizona. He will be relocating from the St. Paul headquarters in early July, but will  begin the transition immediately.

“I am really excited to begin meeting and working with our customers in this beautiful area of  the country,” McEnaney said. “As I transition into the role, I look forward to seeing how Bailey Nurseries can best serve their needs and bring my fresh perspective to deliver that and more.”