Home / Minnesota / Dan Glessing elected Minnesota Farm Bureau president
A new user experience is coming! We'll be asking you to login to your Morning Ag Clips account March 1st to access these new features.
We can't wait to share them with you! Read more here. 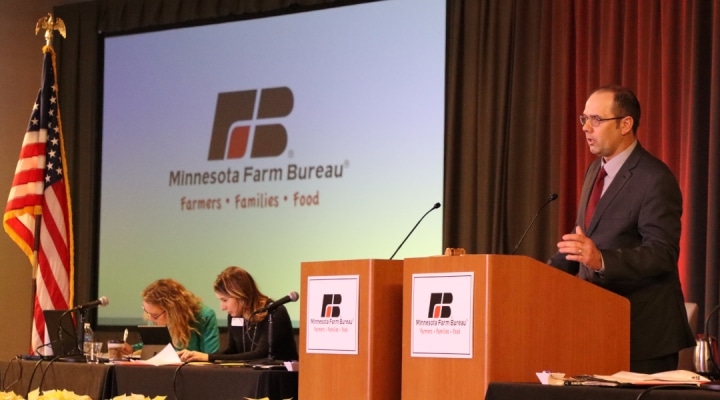 EAGAN, Minn. — County voting delegates at the Minnesota Farm Bureau Federation’s (MFBF) 103rd Annual Meeting elected Dan Glessing of Waverly in Wright County to a two-year term as president of MFBF. The election was held November 19 during the delegate session in Bloomington. This will be Glessing’s first term and succeeds former president Kevin Paap of Garden City in Blue Earth County.

Glessing and his wife, Seena, farm in partnership with his family near Waverly in Wright County. They have dairy cattle and grow alfalfa, corn and soybeans. Dan and Seena have three sons and one daughter.

“I am excited to serve as the Minnesota Farm Bureau Federation president,” said Glessing. “Farm Bureau has always been about family, as my grandparents and parents believed Farm Bureau is continually working for agriculture. It is an honor to serve our members in this capacity and look forward to carrying out the work of Farm Bureau.”