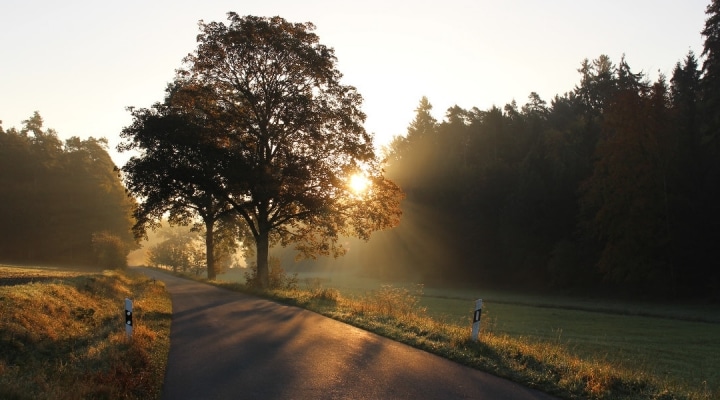 Trees get partially defoliated every year. Some insects feed on leaf tissue and some fungi will cause leaves to drop prematurely. Even a bad wind storm can result in some leaf loss. However, if that loss is less than about 25%, then the tree doesn’t even feel it. (Kai Dorner/Unsplash)

How terrible? One year, I couldn’t even grow a zucchini. It’s true.

This year, our peppers and tomatoes – in pots on the deck – are looking awful. I finally realized that the problem was a lack of nutrients, not overwatering. After adding some fertilizer last week, they do finally look like they’re pulling out of it.

That’s one of the reasons I love trees so much. They’re so forgiving. I’ve planted them too early, too late, too shallowly and occasionally too deeply. And yet they usually survive, and even thrive. Long-lived perennials have to be tough like that, adapting to an ever-changing environment, even though they’re stuck in place.

Right now, trees are cranking away with photosynthesis, using the chlorophyll in their leaves and energy from the sun to combine carbon dioxide and water and make sugar. That sugar then moves around the tree to produce wood, bark, new twigs and leaves, roots, flowers and fruit.

It’s an amazing process. The amount of sugar that’s produced is huge, and then it moves around a biological system that can be 80, 90 or even 100 feet in the air. And there’s a widespread below-ground system that’s just as big that we rarely see.

Trees are so tough that they don’t even need all of their leaves. Let me explain.

Trees get partially defoliated every year. Some insects feed on leaf tissue and some fungi will cause leaves to drop prematurely. Even a bad wind storm can result in some leaf loss. However, if that loss is less than about 25%, then the tree doesn’t even feel it.

This was brought home to me when I read a scientific article where the authors had punched holes in leaves, as if the leaves were being eaten by insects, and then they measured the effects on photosynthesis. For low levels of leaf loss, less than about 30%, overall photosynthesis wasn’t affected at all. The remaining leaf tissue easily made up for the lost tissue. Only above that 30% threshold did the trees start to be stressed. Amazing!

That fits right in with our pruning guidelines: Take out no more than about 25% of the branches or leaves in any one year. The old guidelines used 33% as the cutoff. Yes, the numbers are slightly different, but they’re still in the ballpark. If a tree has lost less than 25% of its leaf tissue, don’t worry about it. It’ll be OK.

Not only are the leaves feeding their trees, they’re also indirectly feeding their ecosystems. Years ago, I was working on a project to collect seeds from ash trees to help us prepare for emerald ash borer. One specific black ash tree in Minnesota was absolutely covered with seeds. I collected almost 23,000 seeds from that single tree, and it looked like I had barely touched it.

What would happen to all those remaining seeds? Certainly not all of them would survive to germinate and produce new black ash trees. And that’s when I began to understand that this tree – indeed, all plants – are feeding the ecosystem. They’re feeding the bacteria, fungi, worms, insects and other small critters. Those animals become food for field mice, voles, birds and other small animals. Those in turn feed the larger animals. But it all starts with the trees and other plants.

As I said at the beginning, I’m a terrible gardener. The tomatoes and peppers need some TLC. But trees have to be tough. Basically, I put them in the ground and then walk away. And they usually do just fine.

Families that garden together, grow together!
June 21, 2022