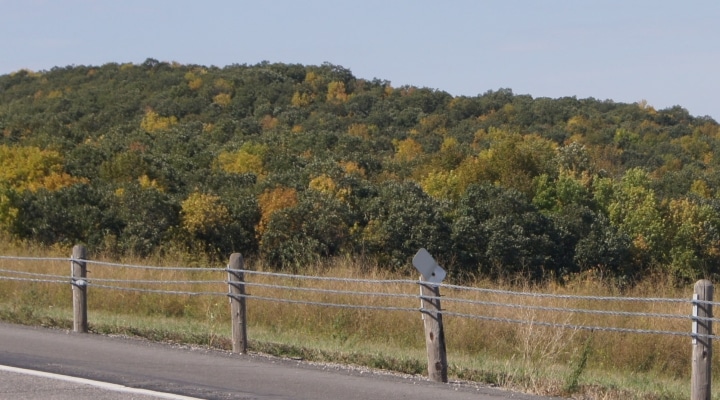 More than 50 townships in North Dakota have some sort of tree-based name. (Courtesy Photo)

FARGO, N.D. — I’ve always found North Dakota’s place names to be confusing. The city of Hettinger is not in Hettinger County. Nor is Steele found in Steele County. But Grand Forks is in Grand Forks County and Pembina is in Pembina County. I can’t keep track of it.

Places are sometimes named for nearby natural features. Though Mountain is a little bit higher than the nearby Red River Valley, it’s not nearly as high as the neighboring Pembina Hills. Where’s the nearest butte to Butte, in northeastern McLean County?

On the prairie, there aren’t many place names associated with trees but there are a few. More than I expected when I began searching. We have the Elm, Maple and Forest Rivers in the eastern part of the state. Can we count the Bois de Sioux (Woods of the Sioux) River as well? Cedar Creek begins in Slope County and eventually empties into the Cannonball River.

Be careful when referring to Cottonwood Creek, though. North Dakota has two of them. One is located in LaMoure County and the other is in Dunn County. Clearly, these massive trees are important along these watercourses.

I haven’t quite been able to figure out where Lone Tree Creek is. I think it’s in Bowman County. But Lone Tree Township is in Golden Valley County. Clearly, I need to work on my geography.

More than 50 townships in North Dakota have some sort of tree-based name. A drive from Poplar Grove Township in Ramsey County to Elmdale Township in northwestern Ward County will take a little under three hours. Along the way, you can stop by Evergreen Township and White Ash Township, also in Ward County.

I’m confused, though, by Buckeye Township in Kidder County and Cypress Township in Cavalier County. Neither buckeye trees nor cypress trees are native to the state. I can’t wait to dig up more information about these areas.

Have you driven down Elm Street in Gackle? How about Elm Street in Hebron? There’s one in Kindred, too. In fact, 21 communities in North Dakota have an Elm Street. Lisbon has both an Elm Street and an Elm Lane. It must get confusing for the postal workers there.

If you want a nice tree-based trip through Grand Forks, you can go to Linden Court and Mulberry Drive. In fact, there are more than 40 streets in Grand Forks that have tree-based names. The thought of driving through Balsam Circle, Pines Circle, Poplar Circle and River Oaks Circle makes me a little dizzy, though. If it’s a hot summer day, stop by Shady Lane for an afternoon break.

So, what counts as a tree-based place name? Clearly, Willow City fits the classification. What about Northwood or Lidgerwood? I don’t know, but not the city of Underwood. It was named after a railroad official. So was Oakes.

For a prairie state, there are a surprising number of tree-based place names in North Dakota. People value their trees. I haven’t been to all the named locations, but I’m looking forward to seeing them all!